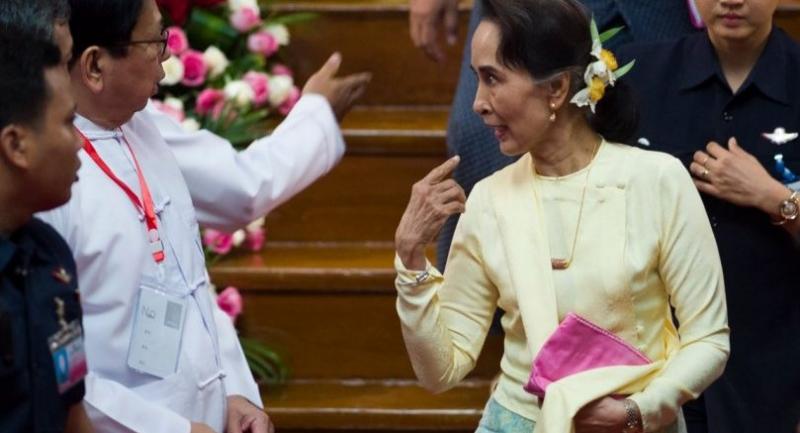 In a statement the Paris-based media rights watchdog condemned the sentencing of Wa Lone, 32, and Kyaw Soe Oo, 28, as a "dark day for press freedom in Myanmar."

"This grossly unfair ruling, coming at the end of a sham trial, clearly calls into question Myanmar's democratic transition," the watchdog's secretary general Christophe Deloire said in a statement in French.

"The justice system clearly being at the beck and call (of the government) in this affair, we call on the highest authorities in the land, starting with the head of government Aung San Suu Kyi, to free these journalists, whose only crime was to do their job", he added.

The case of Wa Lone and Kyaw Soe Oo has sparked an outcry among the international community, being seen as an attempt to muzzle reporting on last year's crackdown by Myanmar's security forces on the Rohingya Muslim minority in Rakhine State.

The two were accused of breaching state secrets law while reporting on the extrajudicial killing of 10 Rohingya Muslims in a Rakhine village.

Reporters Without Borders ranks Myanmar 137th out of 180 countries in its 2018 press freedom index.

Deloire specifically took aim at Suu Kyi, who has dismayed many longtime foreign supporters by failing to criticise the military's anti-Rohingya campaign.

"The Nobel Peace laureate Aung San Suu Kyi backs up the massacres and now backs up the oppression of the press," he tweeted in English.