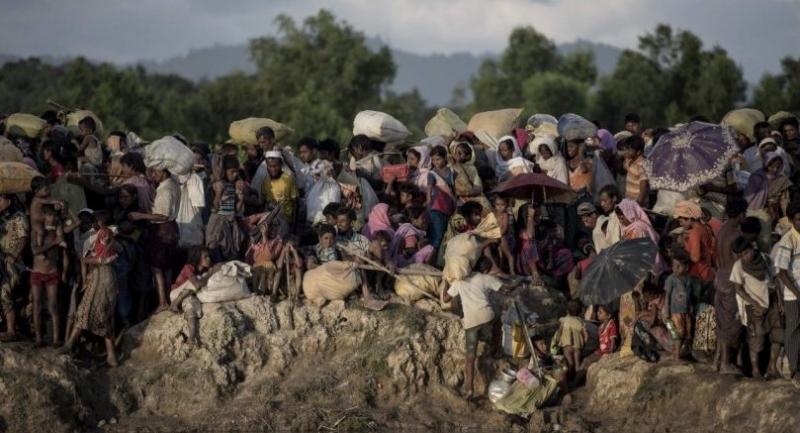 Paris - The International Criminal Court on Tuesday opened a preliminary probe into Myanmar's crimes against Rohingya Muslims after a ferocious army crackdown drove more than 700,000 of them into Bangladesh.

Here are key dates since the exodus was sparked a year ago:

The Myanmar army hits back with operations in Rohingya villages, saying it is trying to flush out insurgents.

Witnesses tell of Rohingya civilians being massacred in retaliation, with mortars and machine guns fired at villagers fleeing to the Bangladesh border.

The army in the mainly Buddhist nation says it has killed 400 rebels. Opponents of the regime say most of the victims were civilians. The UN says at least 1,000 were killed in the first two weeks.

By September 5 more than 120,000 Rohingya have flooded into Bangladesh, overwhelming its handful of ill-equipped refugee camps.

Most arrive desperate for food and water after walking for more than a week over hills and through dense jungle.

Many say they have been victims of abuses by the army and Buddhists.

Bangladesh already houses at least 300,000 Rohingya in camps near the border after previous convulsions of violence against the minority.

In her first public statement on the crisis, Myanmar leader Aung San Suu Kyi says on September 19 she is open to resettling some of the Rohingya who have fled, pending a "verification process".

She fails to appease critics around the world.

Inside Myanmar her supporters say the Nobel Peace laureate, in power since April 2016, is unable to rein in the army, in charge for nearly half a century.

She makes a first visit to the conflict zone on November 2 but issues no statement.

Bangladesh and Myanmar on November 23 ink a deal to start repatriating refugees in Bangladesh in two months, without using the word "Rohingya".

A day later the UN High Commissioner for Refugees says conditions have not been met for their safe and lasting return.

The accord remains a dead letter. The Rohingya want Myanmar to give guarantees about security and treat them as citizens.

On December 2 Pope Francis meets 16 Rohingya refugees on a visit to Bangladesh, following a trip to Myanmar, asking afterwards for "forgiveness".

Medecins Sans Frontieres (Doctors Without Borders) says on December 14 that at least 6,700 Rohingya were killed in the first month of the army crackdown

On March 6, 2018 the UN rights organisation says Myanmar is continuing its "ethnic cleansing" of the Rohingya with a "campaign of terror and forced starvation" in Rakhine state.

Tens of thousands of Rohingya refugees stage protests on August 25, the first anniversary of the exodus, for "justice".

UN investigators on August 27 call for an international investigation and prosecution of Myanmar's army chief and five other top military commanders for genocide, crimes against humanity and war crimes against the Rohingya.

On September 3 two Reuters journalists accused of breaching Myanmar's state secrets law while reporting on a massacre of Rohingya are jailed for seven years.

On September 18 UN investigators call for Myanmar's military to be removed from politics. The prosecutor of the Hague-based ICC announces a preliminary probe into crimes against the Rohingya, including killings, sexual violence and forced deportations.