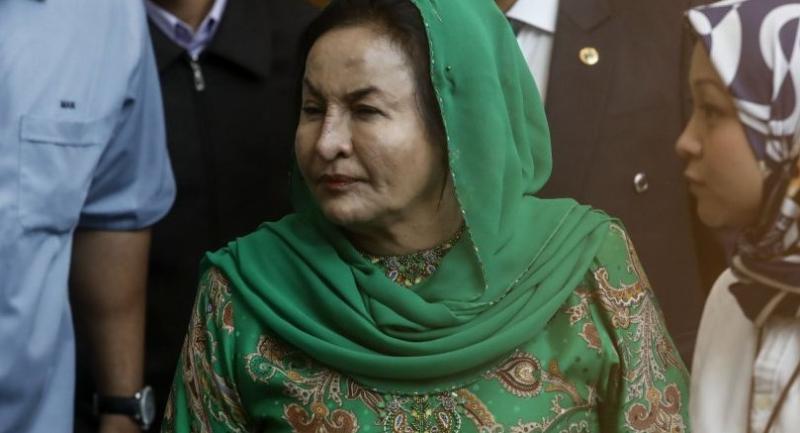 Rosmah Mansor, widely reviled in Malaysia for her expensive tastes and imperious manner, arrived at the offices of the Malaysian Anti-Corruption Commission (MACC) to be grilled.

Local media reported this week that anti-corruption officials were wrapping up their probe into Rosmah, and she could be charged soon.

It was the second time she has been quizzed by the graft-fighting body since her husband Najib Razak's coalition was unexpectedly booted out of office at elections in May after six decades in power.

A major factor in the loss were allegations that Najib, his family and his cronies looted billion of dollars from state fund 1MDB in an audacious fraud that stretched from Singapore to Switzerland.

Rosmah's love of costly overseas shopping trips, designer handbags and jewellery made her a lightning rod for public anger, and fuelled suspicions that she benefitted from the plundering of 1MDB.

After the election loss, a stash of cash, jewellery and hundreds of designer handbags worth as much as $273 million was seized from properties linked to Najib in raids around Kuala Lumpur.

Rosmah is often compared to Imelda Marcos, who left behind more than a thousand pairs of shoes after her husband, Philippines President Ferdinand Marcos, was ousted in 1986.

Najib's fall from grace has been swift since he was ousted from power by a reformist alliance led Mahathir Mohamad, 93, who is in his second stint as premier.

The ex-leader has been arrested and hit with 32 charges linked to the 1MDB scandal, including allegations that hundreds of millions of dollars ended up in his personal bank account. He denies any wrongdoing.