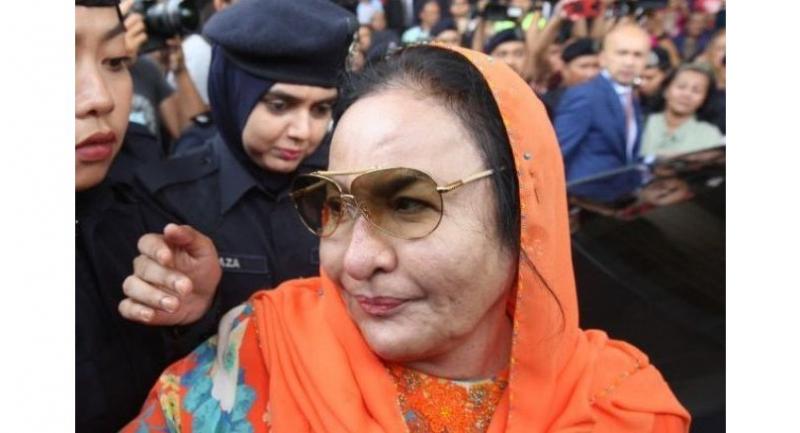 KUALA LUMPUR: Freshly charged Datin Seri Rosmah Mansor was never given an opportunity to negate a police report, alleging that she had contacted a potential witness in her money laundering case, said her lawyer Datuk Geethan Ram Vincent.

He said the prosecution had in court tendered a police report filed by the Malaysian AntiCorruption Commission (MACC), alleging that Rosmah was in contact with a potential witness but claimed that it was "pretty much unfounded" as there were no investigations done and his client had not given a police statement on this.

"The police report was just produced today (Oct 4) and was lodged last Friday (Sept 28), so we were never given an opportunity to negate it or challenge it.

"There was no investigation done on the report and it is pretty much unfounded.

"We also contend that it is not right to accept the police report just by listening to one party, as there was no opportunity to defend and no investigation done," he said at the Kuala Lumpur Court Complex here on Thursday (Oct 4).

Earlier, Rosmah pleaded not guilty to all 17 charges of money laundering, involving about RM7mil at the Sessions Court here Thursday (Oct 4) and had her bail set at RM2mil by Sessions Court Judge Azura Alwi.

In setting the bail, Azura said that the RM10mil requested by the prosecution was too excessive, but the RM250,000 amount suggested by the defence was too low.

She was quoted as saying, "I can't disregard the fact that the police report (claiming that Rosmah had attempted to tamper with a witness) has been made".

She also instructed that Rosmah surrender her passport and that she not approach any of the witnesses.

Geethan added that amid the 17 charges, this was a good opportunity for Rosmah to "come forward and clear her name”.

The charges framed against Rosmah are under the AntiMoney Laundering, AntiTerrorism Financing and Proceeds of Unlawful Activities Act (AMLATFPUAA) 2001 amounting to more than RM7mil.

The mention date has been set for Nov 8.

Datuk Seri Gopal Sri Ram and Ahmad Akram Gharib are the prosecution team, while the defence is being led by Datuk K. Kumaraendran and Geethan.