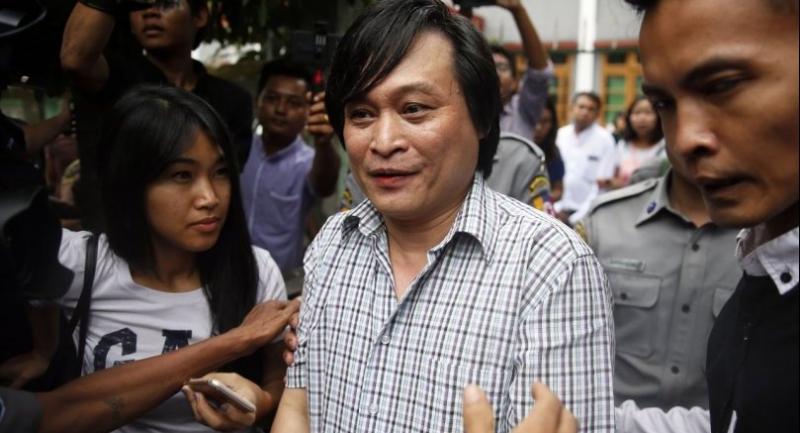 We, the members of the Asia News Network, express solidarity with our arrested colleagues from Eleven Media Group, Managing Editor Nari Min, Editor in Chief Kyaw Zaw Linn, and Chief Reporter Phyo Wai Win and condemn their arrest under provisions of the law that allow no bail.

All three were arrested on October 10 in Yangon for their investigation and coverage of the controversial business ventures of the Yangon Regional Government. They were charged under Article 505 (b) of Myanmar's Penal Code, which does not allow the grant of bail and carries a maximum punishment of two years imprisonment.

Asia News Network, an alliance of 24 leading media in 20 Asian countries, stands by the three journalists – not because the Yangon Regional Government has no right to agitate for redress if it feels wronged by a news report  – but because of the vehement use of the harshest part of the Penal Code that is only suited for the most heinous crimes.

It is the role of a responsible media outlet to bring accountability and transparency in public institutions to the fore. It must be allowed to do its job without the fetters imposed by a draconian law, especially when Myanmar is striving for a just, democratic and open society, the ideals espoused by the National League for Democracy when it sought power from the people. The news report in contention was not a crime, but a public interest endeavour to improve the functioning of the Yangon Regional Government.

A free and fair Press must be allowed space to function if it is to play a role in creating a Myanmar free of nepotism, corruption and societal ills, and emerge as a state where the rule of law prevails.

Members of the Asia News Network ask that the Government of Myanmar order the immediate release of the three Eleven Media editors on bail and take all necessary steps to restore faith of the Press in the ideals of democratic governance.