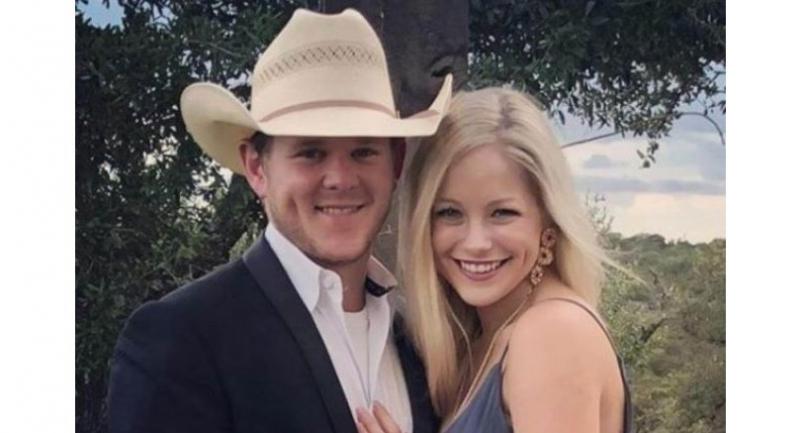 Will Byler and Bailee Ackerman, both 23 and final-year students at the Sam Houston State University, were killed when the helicopter they were in crashed a short distance from their wedding venue.//PHOTO: INSTAGRAM/BAILEEACKERMAN

TEXAS - Hours after saying "I do" on Saturday night (Nov 3), a young pair of newlyweds from Texas were killed when the helicopter they were in crashed a short distance from their wedding venue. Will Byler and Bailee Ackerman, both 23 and final-year students at the Sam Houston State University, had married at Byler's family ranch. As they were transported from the venue later that night, their helicopter malfunctioned and crashed into a nearby hill, about 1.6km from the ranch, according to local media outlets.

Eric Smith, a friend of the couple, posted about their deaths on Facebook on Sunday night.

"Sadly they crashed into the side of a hill about a mile from the family ranch. The pilot, Jerry, was also on board. There were no survivors! Please keep everyone associated with this tragic event in your prayers.''

The location of the crash was near Uvalde, about 135km west of San Antonio.

The university's student newspaper, the Houstonian, first reported on the tragedy on Sunday.

The helicopter pilot has since been identified as 76-year-old Gerald Lawrence.

Lawrence's wife told Britain's Daily Mail on Monday that he was a private commercial pilot who worked for the groom's father's helicopter business.

Tributes have poured in for the couple since Saturday's cruel twist of events.

Ackerman's maid-of-honour Jessica Stilley paid tribute to her best friend on Instagram: "I'm so sad to even be captioning these pictures with this, but you know I just have to share with everyone how beautiful you looked on your wedding day like I normally would have."

She added: "I'm so happy you married the man of your dreams and found the precious love you deserved with him."

Another friend of the couple, Caroline Flippin, said on Instagram that their wedding night was "magical in every way" and "absolutely perfect".

She said: "I have peace in the fact that you left this earth so full of happiness and love... Our hearts hurt now, but we know this is not forever."

America's National Transportation Safety Board confirmed on Twitter that it was investigating the crash, which it said involved a Bell 206B helicopter.