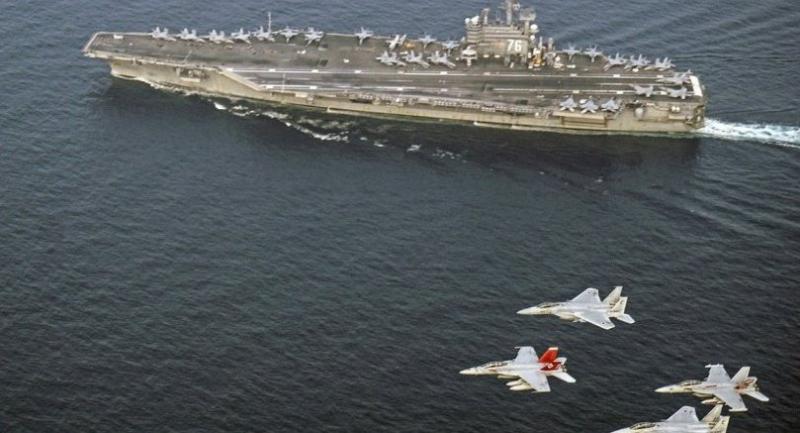 This US Navy photo obtained June 2, 2017 shows US Navy and Japan Air Self-Defense Force aircraft as they fly in formation over the Nimitz-class aircraft carrier USS Ronald Reagan (CVN 76)on June 1, 2017 in the Sea of Japan.//AFP

A US navy fighter jet crashed into the sea off Japan's southern island of Okinawa on Monday and its two crew members were rescued alive, Japan's defense ministry said.

Its two crew members ejected and were rescued by a US military helicopter, he told AFP, adding the accident was "not life-threatening".

The fighter jet crashed "due to engine trouble," he said.

Japan's coastguard "dispatched an aircraft to the waters to see if there is any debris or floating oil", a coastguard spokesman told AFP.

Okinawa accounts for less than one percent of Japan's total land area, but hosts more than half of the approximately 47,000 American military personnel stationed in Japan.

For decades, Okinawa residents have asked for some of the bases to be moved, with resentment growing after a string of accidents and crimes committed by US military personnel and base workers.