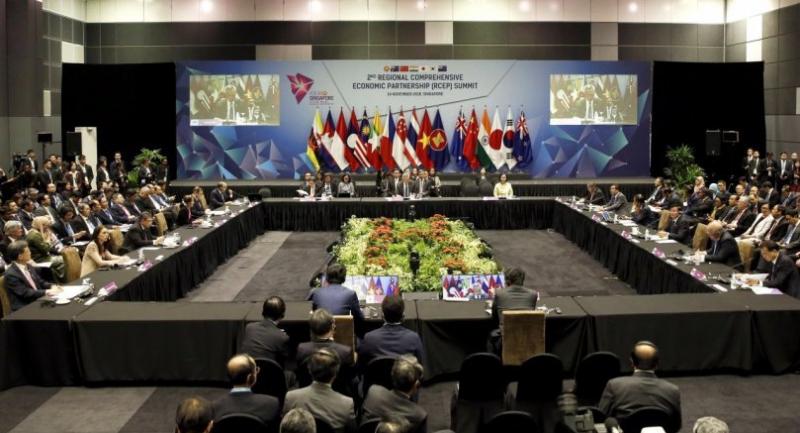 THAILAND IS ready to support a greater Asean role in resolving the Rakhine crisis, as the group prepared mechanisms to deal with the plight of hundreds of thousands of Rohingya Muslims who face repatriation amid grave concerns about their future. The Rohingya issue was discussed in almost every forum of leaders of Asean and their partners from the Asia Pacific during the summit this week in the city-state.

Prime Minister Prayut Chan-o-cha told his Asean colleagues that Thailand, which will chair the regional grouping next year, viewed Asean as capable of playing an important role in addressing the situation in Rakhine state in a constructive, tangible and sustainable manner.

The group should enhance the Asean Coordinating Centre for Humanitarian Assistance on Disaster Management (AHA Centre) in providing humanitarian assistance to affected people, support the commencement of credible repatriation on a meaningful scale and the improvement of the quality of life for all communities in Rakhine state, a source quoted Prayut as telling the meeting.

Malaysian Prime Minister Mahathir Mohamad said that he was upset with the situation in Rakhine and urged the group to make collective efforts to help Myanmar end the humanitarian crisis. Earlier, the Malaysian senior leader slammed Myanmar’s de facto leader Aung San Suu Kyi as trying to defend the indefensible. “They are actually oppressing these people to the point of killing them, mass killings,” he said on the sidelines of the Asean business forum on Tuesday.

More than 700,000 people have taken refuge in Bangladesh since violence broke out in August last year when a militant group attacked security outposts prompting a harsh reaction from military’s clearance operation.

Investigations by the United Nations human rights body indicated that genocide and crimes against humanity occurred in Rakhine and called for the case to be referred to the International Criminal Court.

Suu Kyi said during a meeting with her Asean colleagues that her government understood the international concerns over the situation in Rakhine state and she had tried to fix the problem through peaceful ways for reconciliation and unity within her country, according to a source at the meeting.

While many Asean leaders such as Mahathir used strong words in discussing the Rohingya crisis, most of them expressed their support to and provided a comfort level to the Nay Pyi Taw government to resolve the problem, the source said.

Asean has mulled dispatching representatives to Myanmar to oversee the repatriation and resettlement of the refugees after Myanmar and Bangladesh reached an agreement at the end of October to send thousands of them back beginning today. But the team to be dispatched has not yet been settled, a source said.

In a meeting with Suu Kyi on the sidelines of the Asean Summit, US Vice President Mike Pence said the violence committed by the Tatmadaw (Myanmar military) was inexcusable.

Leaders of Asean and its partners from Asia and the Pacific gathered this week to also discuss the contentious issue of the South China Sea, as many members of the group are at loggerheads with China.

Chinese Premier Li Keqiang proposed during the summit that Beijing and Asean should finish negotiations on the Code of Conduct (CoC) to regulate the contentious sea within three years.

The joint working group is now preparing a draft text of the CoC for negotiations, according to an Asean official who added that the text would be ready for deliberations by next year.

The CoC will not settle territorial disputes between claimants but Asean aims to have a legally binding instrument to guarantee freedom of navigation and flyover rights as well as ensure peace and stability in the region.

Mahathir told his Asean colleagues at the summit that the group was not in a position to confront China and the CoC was the way to avoid conflict and live with the giant neighbour in peace.