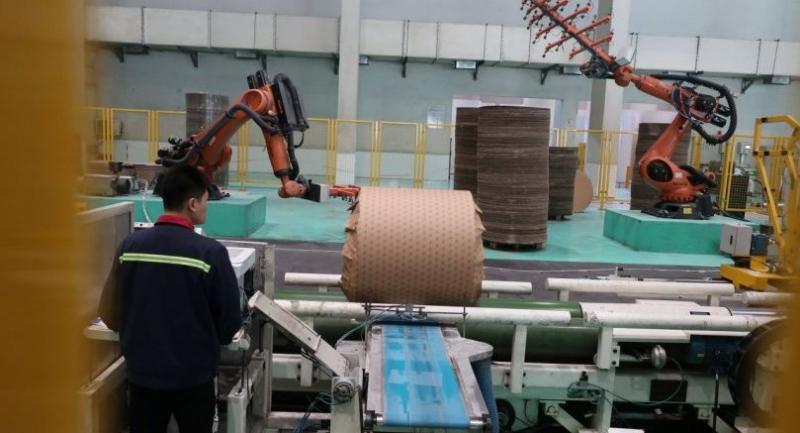 CHINESE CITIES and businesses visited by a group of foreign journalists recently proudly boasted about the achievements and successes that have put them at the front of major national and global players.

Company executives and local officials – including municipal committee members of the governing Communist Party of China – often mentioned their cities’ high GDP growth rate, their businesses’ advanced technologies, their high rankings among the leading players in areas they excel, and the fact that they are “the first” in such and such area.

It seems that individually those cities and companies are competing among themselves for dominance and recognition, both on the domestic and international grounds. But collectively, they are among the small and large engines that are powering the Chinese economy, which has now become the second largest in the world. Without contributions from those cities and businesses, China as a whole would not have achieved the kind of growth and wealth it has enjoyed over the past decades.

The trip, which covered the cities of Hangzhou and Jining, was organised by the state-run English-language newspaper China Daily. Twenty journalists from Asia, Europe and Africa were invited.

Hangzhou and Jining are both proud of their history and culture that date back several millennia. In the present days, both are focusing on digital and data industries, which have become the main driving force behind their economic growth.

In Hangzhou, city officials do not forget to tell visiting journalists that when merchant traveller Marco Polo went there in the 13th century, he called it the “best city on earth”.

The capital of eastern Zhejiang province in the Yangtze River delta, Hangzhou was the capital of the Song Dynasty and is home to two Unesco World Heritage Sites – West Lake and Grand Canal. The city hosted the G20 Summit in 2016 and will hold the next Asian Games in 2022.

Dream Town, initiated in 2014 and acting as an incubator for startup ventures, has attracted over 10,000 tech hopefuls and entrepreneurs, including many non-Chinese. It offers successful applicants free office space, cash subsidies and training. And the startup hub now is already home to hundreds of small businesses in such areas as e-commerce, mobile gaming, Internet of things (IoT), virtual reality and car networking.

Thanks to its location near the sea, Hangzhou is also a key point in China’s Belt and Road Initiative, which the Chinese government is promoting as the “21st-Century Silk Road” linking countries in Europe, Asia and Africa in terms of trade and investment.

Jining, a major city in Shandong province, is renowned as the hometown of ancient philosophers Confucius and Mencius. Also, it is regarded as a crucible of Chinese civilisation and Confucian culture.

At present, industrial parks have sprung up in Jining, which is home to many production centres for engineering machinery, biotechnology and textile materials. The city has attracted investments from top global companies such as Hewlett-Packard and Siemens while cradling home-grown companies that are expanding overseas.

Ruyi, claiming to be the “Chinese Louis Vuitton”, started acquiring world-famous fashion brands in Japan, France and the United Kingdom since 2010 including Bally, Durban, Lycra and Cerruti 1881. Last year, it was ranked 16th among Deloitte’s top 100 luxury groups and aims to become one of the top-10 globally-known fashion groups with annual sales of 100 billion yuan (Bt500 billion), according to a company executive.

At Yonghua Machinery, a spokesperson said the company has a technology that allows the production of metal parts for “intelligent equipment” with extremely high precision. “We are the second best in the world, after Germany. Now our technology is equal with Japan’s,” she told the visiting journalists.

Sun Paper claims to be the largest papermaking company in China and among the world’s top 20. The company, which hires more than 10,000 employees, has an annual production capacity of 7.5 million tonnes of pulp and paper. Its myriad products range from tissue paper and baby napkins to printing paper and packages. Not surprisingly, China is the world’s largest producer and consumer of paper products.

Jining also houses Huawei Big Data Centre, one of more than 30 cloud computing service stations the Chinese technology giant sets up around China. The centre covers an area of 24,000 square metres for over 1,000 cloud server cabinets, with a storage capacity of 700 petabytes (about 700 million gigabytes).

“This data centre is like the brains for the city,” Zhang Tongzhong, project manager of Huawei Technologies, said proudly at the Jining data centre.