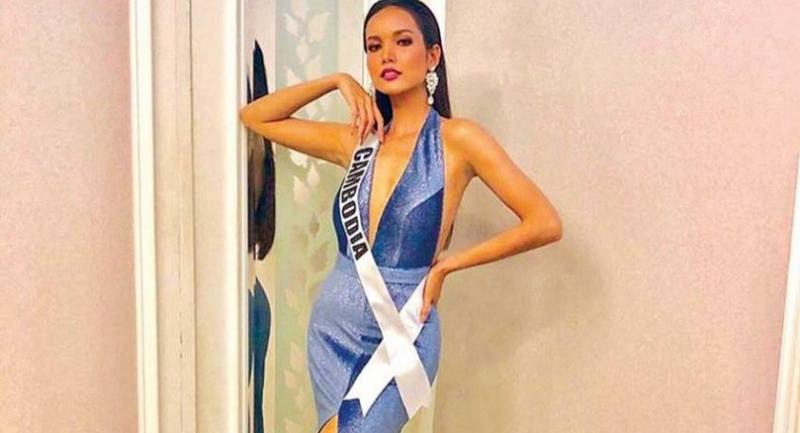 Rern Sinat is competing as Miss Cambodia at the 2018 Miss Universe in Thai capital Bangkok. Sinat is only the second Cambodian to take part in the beauty pageant.

There’s drama behind the scenes at the ongoing 2018 Miss Universe Pageant in Thailand this year.

A viral video making the rounds on social media seemingly falsely depicts Miss USA holding court over Miss Colombia and Miss Australia as she appears to mock Miss Cambodia – Rern Sinat – for her lack of English during rehearsals in Bangkok.

“Miss Cambodia is here and doesn’t speak any English, and not a single person here speaks her language. Francesca [Miss Australia] said that it would be very isolating,” said Sarah Rose Summers from Nebraska, Omaha in the video.

Sinat was said that she was “hurt” after the exchange, but the source said that she “felt better” after learning she had been assigned a translator by the pageant’s organisers.

“A lot of the contestants have a translator,” said the source. “It was a big issue for them last week. But now we’re OK … actually, Miss USA might visit Cambodia next year.”

Miss Australia, Francesca Hung, posted a photograph on Instagram of herself with Sinat with a caption reading: “I’m so upset that this situation has been misconstrued like this … We were merely saying it must be even more difficult at times not to have a single other delegate being able to speak [Khmer] … which in fact, makes Nat [Miss Cambodia] an even stronger contender [for the crown].”

A member from the Cambodian camp requested the pageant’s organisers provide them a translator as the video may have unfairly garnered Rose Summers criticism online.

Sinat previously had to rely on Google Translate to communicate during much of the preliminary rounds in Bangkok. Her team in Phnom Penh (which included a translator who did not travel with her to Thailand) requested organisers provide Miss Cambodia with a translator, who was provided on Wednesday morning.

“It’s difficult because Khmer isn’t a very [widespread] language [while] some of the Latinspeaking girls had two translators,” alleged the source.

The 67th Miss Universe is currently in the preliminary stages. The grand final is set for December 17.