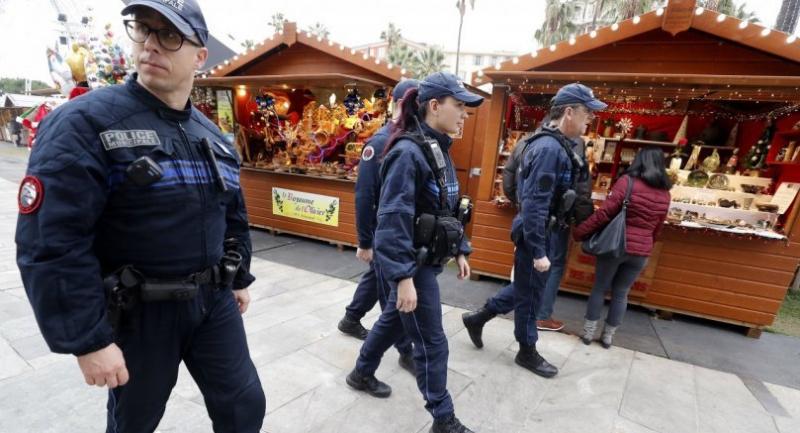 A relieved Strasbourg prepared to reopen its popular Christmas market on Friday after French police shot dead the gunman who killed three people there in an attack claimed by the Islamic State group. The entrance of the Christmas Market in Strasbourg, France, 14 December 2018. // EPA-EFE PHOTO

Cherif Chekatt was killed late Thursday after a two-day manhunt when a police patrol spotted him on a street in the district where he was last seen after Tuesday night's attack on Christmas shoppers.

The lights on the market's towering Christmas tree were illuminated Friday for the first time since the attack ahead of the official re-opening of the market at 11:00 am (1000 GMT).

"I hope life will get back to normal but I'm not too sure," said Franck Hoffmann as opened his wooden chalet offering Christmas candles and ornaments on Friday.

"Business isn't going to be what it was," he predicted.

Questions remained over how Chekatt was able to evade the tight security perimeter set up for an event long known to be a prime target for jihadist groups.

Around 500 police, security agents and soldiers control access at checkpoints on the bridges leading to the river island, a UN World Heritage site, that houses the market.

The goal is to "create a bubble with searches at the entry points," Mayor Roland Ries said after the attack, while regional government representative Jean-Luc Marx said he had not determined "any flaws in the security measures". French municipal police officers patrol a Christmas market in Nice, France, 13 December 2018. Police are stepping up security measures at markets in France after three people were killed and several people were injured in attack at Christmas Market in Strasbourg. The gunman is reported to be at large and the motive for the attack is still unclear. // EPA-EFE PHOTO

Many residents, however, were not convinced after Chekatt managed to slip through the controls with a handgun and a knife.

"It doesn't surprise me," said Emeline, 38, who works in the city centre. "You wear a heavy coat, put something in the bottom of your bag. You can bring in what you want."

France's anti-terror prosecutor Remy Heitz is to hold a press conference in Strasbourg on Friday while Interior Minister Christophe Castaner will attend the reopening of the market, which usually draws two million people every year.

France has been on high alert since the start of a wave of jihadist attacks in 2015, which prompted a threefold surge in the security budget for the market, to one million euros.

Chekatt, a 29-year-old career criminal who lived in a rundown apartment block a short drive from the city centre, was flagged by French security forces in 2015 as a possible Islamic extremist. A view of a bullet hole in the door of the building in rue de Lazaret, in the Neudorf district, Strasbourg, France, 14 December 2018 where French police shot dead Cherif Chekatt, the perpetrator of the Christmas Market attack, on 13 December 2018. Three people died following the shooting at the market and several more were seriously injured during the incident of 111 December 2018. // EPA-EFE PHOTO

The propaganda wing of the Islamic State group claimed responsibility for Tuesday's attack, calling Chekatt one of its "soldiers" who responded to its calls to target citizens of nations in the coalition fighting the jihadists in Iraq and Syria.

Among the 13 injured in the attack, three remain in critical condition while three others have been released from hospital, Castaner said Thursday.

Strasbourg's deputy mayor Alain Fontanel admitted that despite patrols, plainclothes police, profilers and video surveillance, "the risks can be reduced, but not eliminated".

"We can't pat down and search everyone, only carry out random checks," he said, adding that huge lines at checkpoints would only create a new potential target for terrorists.

"Someone who wants to get in an area this big with a weapon can do it," he said.

Such reasoning was little comfort to the residents and tourists who flock to the Strasbourg market.

"We thought this would happen only in Nice or at the Bataclan, but here it is at home," said Sylvain, who works at another market in the city centre.

He was referring to the truck attack which killed scores at Bastille Day festivities in Nice, southern France, in 2016, and the massacre at the capital's Bataclan concert hall in November 2015.

"I'm not going to forget this anytime soon. It's too painful. I'm not even sure I'm able to cry," he said.