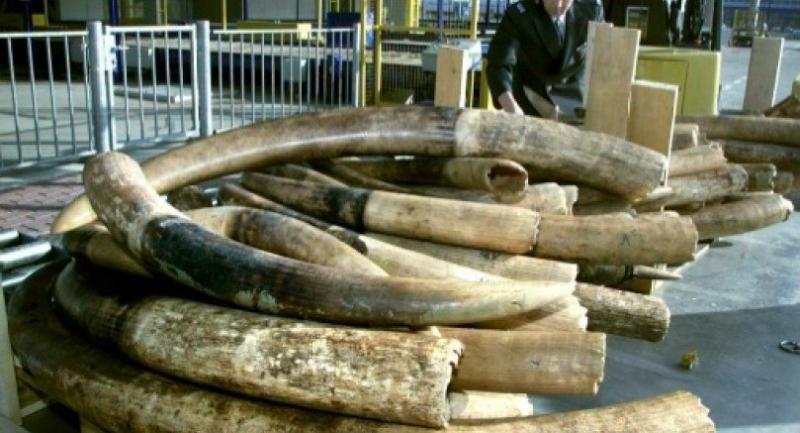 Currently Dutch law permits the sale of raw ivory with an EU certificate, provided it entered the country between 1947 and 1990. // AFP PHOTO

By Agence France-Presse
The Hague

The Netherlands said Monday it will ban all raw ivory sales from next year, as it unveiled the results of a major operation to combat trafficking in endangered animals and plants.

Currently Dutch law permits the sale of raw ivory such as elephant tusks with an EU certificate, provided it entered the country between 1947 and 1990.

"From March 1 2019... the sale of raw ivory from and in The Netherlands will no longer be possible," Dutch Agriculture and Nature Affairs Minister Carola Schouten said.

"This measure comes because with raw ivory it's very hard to tell the old from the new," Schouten said in a letter to parliament.

The old rule came into force shortly after international trade in ivory was banned in 1989 by CITES, the global conference that governs wildlife trade.

Ivory imported into the country before 1947 needed no such certificate, the NOS public broadcaster said.

By banning all sales of raw ivory, "we are undercutting illegal practices," Schouten said.

The minister also unveiled the results of a two-month operation by police, customs and food watchdog officials aimed at intercepting endangered species brought into the country illegally.

"Operation Toucan" from September to November saw officials seize thousands of cacti from Panama and Peru without proper import papers as well as a range of exotic animals.

This included six boa constrictors, sent by mail from the United States, a pencilled marmoset and a capuchin monkey which were kept as pets and two dead toucans sent from Uruguay, the minister said.

Dutch police and inspectors also confiscated seven kilogrammes of ivory at a collectors' fair in the central city of Utrecht.

CITES said last year elephant poaching was declining in Africa but that seizures of illegal ivory were hitting record highs.

In 2016 some 40 tonnes of illegal ivory were seized, the most since 1989, as well as the highest number of "large-scale ivory seizures," the group said.