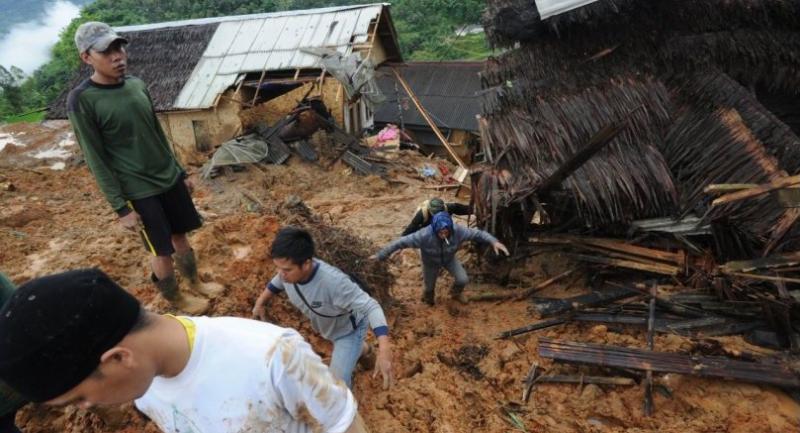 Rescuers are searching for survivors after a landslide triggered by heavy rain left at least nine people dead and dozens missing in western Indonesia, an official said Tuesday. The landslide occurred shortly before sunset on Monday in West Java province. Search and rescue teams have found nine people dead and are scouring the area for at least 34 missing people according to the national disaster agency.

"Relief efforts have also been hampered by a lot of people who want to get to the disaster," he said.

"The roads are narrow which has caused rescue teams, logistics and ambulances to be stuck in traffic jams."

The search operation was halted overnight but continued Tuesday morning.

Four people have been injured in the disaster and 60 others evacuated from the area, Nugroho said. Landslides are common in Indonesia, a vast tropical archipelago prone to natural disasters and torrential downpours.