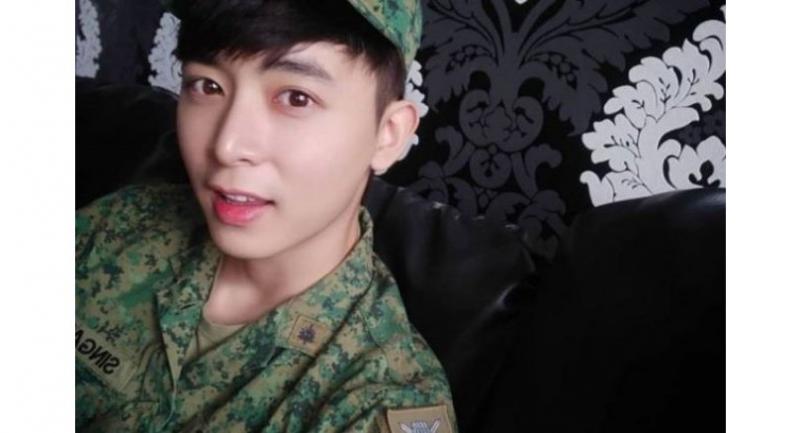 Mindef said CFC (NS) Pang, an armament technician from the 268th Battalion Singapore Artillery, was carrying out repair works inside the Singapore Self-Propelled Howitzer with two other SAF personnel last Saturday at the Waiouru Training Area in New Zealand.

The medical team tending to him included Dr Teo Li Tserng, chief of trauma and acute care surgery at Tan Tock Seng Hospital, who was flown in to assist the New Zealand medical team.

An independent Committee of Inquiry will be convened to investigate the circumstances leading to the incident. A press conference, to be chaired by the Chief of Defence Force, will be held on Thursday (Jan 24) to present the preliminary findings.

The SAF will be making arrangements to bring CFC (NS) Pang’s body back to Singapore. “The Ministry of Defence and the SAF extend their deepest condolences to the family of CFC (NS) Pang and will continue to render assistance and support in their time of loss,” said Mindef.

His parents, as well as his two elder brothers, arrived in Hamilton earlier this week, accompanied by SAF family liaison officers.

A post that appeared to have been written by one of his brothers on behalf of the family went up on late Wednesday night on the actor’s Instagram account. The post said the last few days had been a difficult time for the family.

“Every news that were brought upon us since his last op was devastating with little signs of hope on his recovery,” it read. “We all broke down when the medical team spoke to us that his condition is worsening and we should be prepared for the worst.

The post added: “Thus I seek everybody’s kind understanding that we are unable to comment further during these precarious time.”

Mediacorp actor Desmond Tan commented on the Instagram post: “Bro, you are an important chapter in all our lives. Nothing is wrong, just that you went ahead of us like you always do as a human and actor. We will see you in future.”

Several local artists, including Jayley Woo and Ya Hui, switched to black-and-white profile pictures on Instagram on Wednesday night.

In a heart-rending post, Woo wrote: "I’m not lucky enough to be your wife in this life. We must definitely get married in the next."  Woo and Pang had never acknowledged their relationship in public but Woo said on Instagram after news of his death broke that they were waiting until they got married to go public.

Fellow actor Shane Pow wrote on his Instagram account: “It wasn’t enough being brothers with you this life. Let’s be brothers again next life. I love you my big brother.”

CFC (NS) Pang was taking part in an annual live-firing exercise called Thunder Warrior. He was on reservist duty.

He underwent abdominal surgery last Saturday evening, after the incident took place, and a planned follow-up operation was completed on Monday.

However, his condition worsened and he required additional surgery, which was completed on Tuesday just before midnight (Singapore time), said Mindef on Wednesday.

Defence Minister Ng Eng Hen, in an update on Facebook on Wednesday, said that his condition was very serious and he needed artificial support for his lungs, kidneys and heart.

The actor, who started acting at age nine, had been due to start shooting Channel 8 romantic drama My One In A Million next month after Chinese New Year.

Exercise Thunder Warrior has been conducted since 1997. This year's exercise takes place from Jan 5 to Feb 2, and involves more than 500 personnel from the 268th and 24th Battalions, Singapore Artillery.

Repair and maintenance work on the Howitzer, which entered service in 2003, is usually done in teams and supervised by a commander, said a former serviceman familiar with the platform. In combat, it is operated by a crew of four.

The Howitzer is no longer in production and is currently operated only by NS battalions, added the serviceman, who spoke on condition of anonymity. The Next-Gen Howitzer high-mobility weapon system, operated by a three-man crew, is envisaged to be introduced from 2020.

There had been two other incidents that led to deaths in the past year.

In November 2018, Corporal First Class Liu Kai, 22, died after a Bionix vehicle reversed into the Land Rover he was in. An Army-wide safety timeout was declared after the incident at Jalan Murai Training Area.