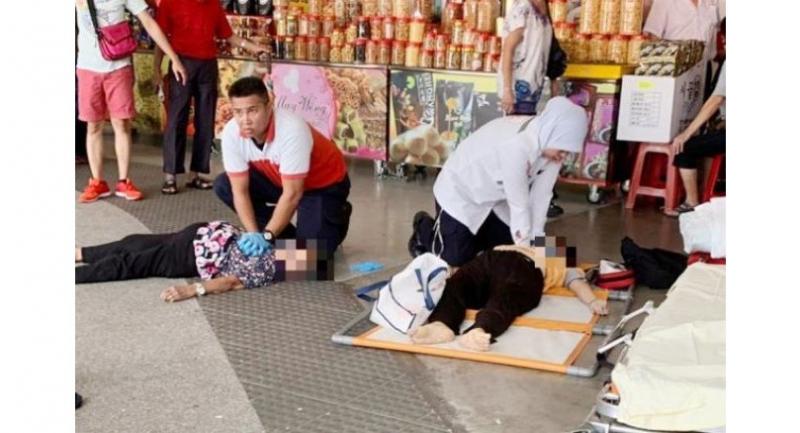 The two victims being given CPR at the scene of the incident on Jan 28.

Dang Wangi OCPD Asst Comm Shaharuddin Abdullah said they received information that two people had died, while several others collapsed at the indoor market at around 1.58pm on Monday (Jan 28).

"We dispatched personnel to the scene and found two bodies motionless on the floor. "Initial checks revealed no foul play was involved," he said.

He added that further investigations revealed that there was a food coupon program for elderly people there from 11am to 1pm.

"The organisers prepared 200 coupons but over a thousand people turned up. "The two deceased women were identified as Ah Poh, 85, and Law Ion Nang, 78.

"We believe that they had difficulty breathing when they were caught in the crowd," he said, adding that their bodies have been sent to Hospital Kuala Lumpur for a post-mortem.