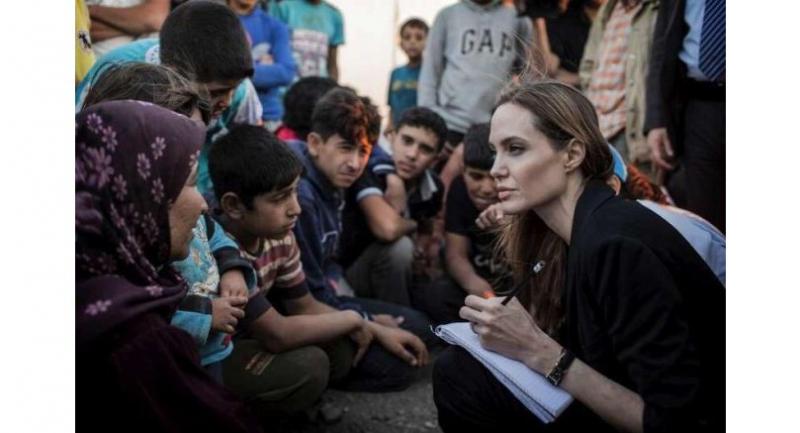 UNHCR special envoy and Hollywood actress Angelina Jolie arrived in Cox's Bazar of Bangladesh this morning to see the situation in Rohingya camps .

She will see UNHCR activities, hold meetings with officials and meet Rohingyas in the camps while visiting the area, officials said.

The UNHCR special envoy will talk to media in Cox's Bazar tomorrow afternoon.

After years of dedicated service to UNHCR and the cause of refugees, Angelina Jolie was appointed special envoy in April 2012.

In her expanded role, Jolie focuses on major crises that result in mass population displacements, undertaking advocacy and representing UNHCR and the High Commissioner at the diplomatic level.

She also engages with decision-makers on global displacement issues.

Through this work, she has helped contribute to the vital process of finding solutions for people forced to flee their homes.

Jolie previously represented UNHCR as a Goodwill Ambassador from 2001-2012.

She has worked tirelessly, carrying out nearly 60 field missions and becoming an influential advocate on refugee and displacement matters.