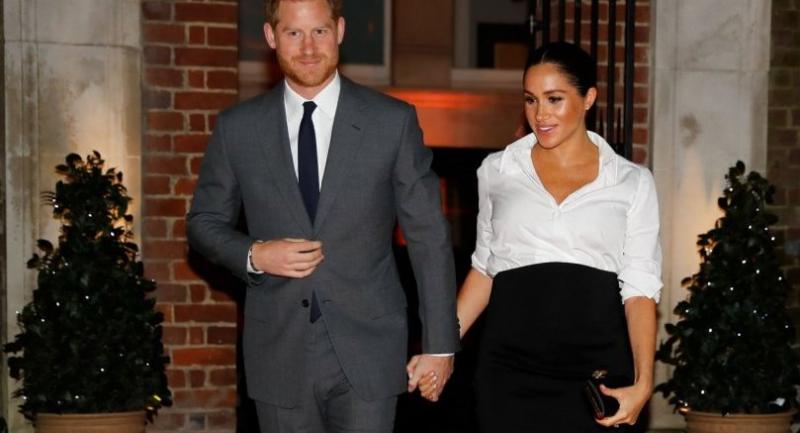 Clooney, who attended the couple's wedding last year, on Tuesday stirred up a hornet's nest of discontent by accusing the London tabloids of giving the new Duchess of Sussex "a raw deal".

"She's a woman who is seven months pregnant and she is being pursued and vilified and chased in the same way that Diana was," the Hollywood superstar told Australian magazine WHO during an interview in Los Angeles.

"It's history repeating itself," Clooney warned. "And we've seen how that ends."

The ending Clooney referred to was the 1997 car crash in Paris in which Diana died along with Dodi Al-Fayed as they fled the paparazzi.

The tragedy triggered mass public mourning in the UK and soul searching on the part of the press.

It turned royal reporters into villains and forced the media to significantly alter its code of conduct.

Pictures obtained through "persistent pursuit" were banned and a "reasonable expectation of privacy" had to be observed.

The arrival in British public life last year of the mixed-race US actress put these new rules to the test with initially positive coverage slowly giving way to stories about "Duchess Difficult".

Meghan, 37, was said to have been tough on staff, with tensions also reported between her and Prince William's wife Catherine.

Following months of unwanted publicity focused on rifts with her family, the Mail on Sunday also published a letter she wrote to her estranged father begging him to "stop lying" and "exploiting my relationship with my husband".

"You're taking a letter from a daughter to a father and broadcasting it everywhere," Clooney fumed. "It's irresponsible."

It did not take long for the British media to tell Clooney to keep his thoughts to himself.

The Telegraph ran a story under the headline: "Why Meghan isn't the new Diana."

And celebrity TV presenter Piers Morgan penned an article in the Mail Online asking if Clooney was "a REAL friend or just another famous person Meghan's latched onto at the expense of those who, until recently, she professed to care about".

Most of the recent headlines have been about Meghan's father.

But the bigger question facing British society as a whole is whether the papers' two-decade truce with Buckingham Palace is coming to an end.

Veteran royal watcher and biographer Penny Junor said the cases of Meghan and Diana could hardly be more different.

"I haven't heard that Meghan is complaining of the paparazzi. I've never heard anyone talk about that being a problem," Junor told AFP.

"I think (Meghan) is able to go about her life and walk in the park and be in restaurants and be a normal person without a dozen paparazzi following her," she said.

"Diana was not able to do that."

Both Junor and Morgan accused Meghan and her father of courting trouble by trying to settle scores through the press.

The Mail on Sunday's letter followed an article featuring several of Meghan's friends in People magazine entitled: "The truth about Meghan Markle's dad."

Morgan said it was "staggering" that "Meghan thinks the way to resolve this bitter dispute is to unleash her friends to attack her dad in People magazine".

"That's a very dangerous thing to do and it did eventually blow up in her face," Junor said.

But she insisted that times had changed.

"I think there was a lot of naivety in the Diana era," she said.

"I think everybody has gotten much wiser to the media and how destructive the media can be."