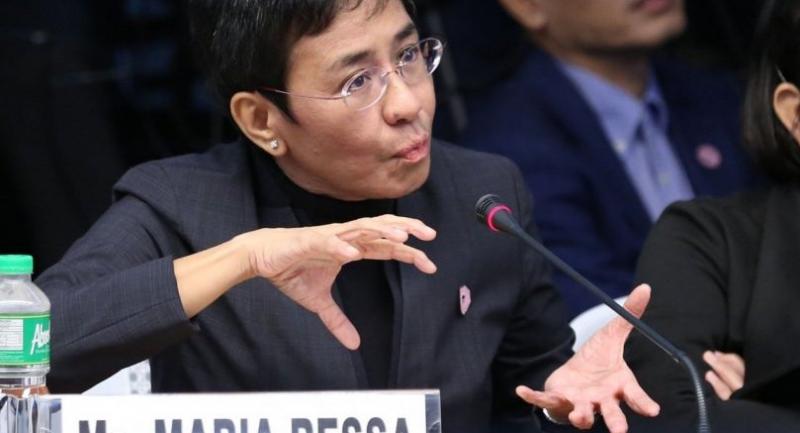 Presidential Spokesperson Salvador Panelo said this after Ressa claimed that her arrest is a clear case of “abuse of power” and that the Duterte administration is using the law as “weapon” against its critics.

Ressa was arrested for a cyberlibel case late Wednesday night but was ordered freed on P100,000 bail by the Manila Regional Trial Court (RTC) on Thursday morning.

“You are the one using or weaponizing the law, what is the law? The constitutional right to freedom of expression. You’re using that now against the government,” Panelo said in a Palace briefing.

Panelo, who is also Duterte’s chief legal counsel, turned the tables on Ressa and claimed that the veteran journalist is the one “abusing” her power as a media practitioner.

“Excuse me, Maria. Abuse of power? You are the one abusing your power as a journalist, you’re marshaling your colleagues to support you on the basis of a misplaced and baseless cause. What is the cause? You’re saying that the government is instilling fear because of the case filed against you,” Panelo said.

“There is no connection whatsoever. So you’re the one using your power as a journalist, we all know that media is the fourth estate, in attacking the government as well as this administration,” he added.

Panelo reminded Ressa “to be woman enough to face the complaint.”

“Stop blaming the government. In the same way that the case filed against you relative to tax evasion, that has nothing to do with your work as a journalist,” he said.

Ressa was arrested over an article published in Rappler in May 2012, which its subject, businessman Wilfredo Keng, said was “clearly defamatory.”

The Department of Justice has filed the cyber libel case against Ressa and Rappler researcher Reynaldo Santos Jr. and found probable cause for violation of Republic Act 10175 or the Cybercrime Prevention Act, which was enacted in September 2012, four months after the article was published.