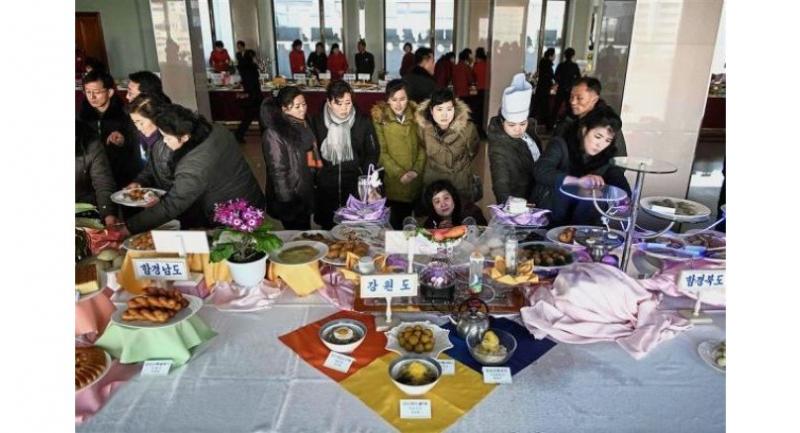 Pyongyang: Lined up in cavernous rooms at a state restaurant in Pyongyang, North Korean chefs carefully assemble their dishes, watched by crowds of onlookers at a cooking competition in a country that suffers chronic food shortages.

Onlookers gathered around each station in the unheated venue, some of them filming the contestants at work on their mobile phones for future inspiration.

“The reason why Korean food is excellent is that it is characterised by its clear and fresh flavour, without any mixed feelings,” said judge Han Jong Guk, a pastry chef by trade.

But the reality is that beyond the restaurant’s granite columns and the privileged lifestyles of the capital’s residents, North Korea is unable to feed itself.

“Chronic food insecurity and malnutrition is extensive,” the UN’s Food and Agriculture Organisation said in its 2019 Needs and Priorities document this week.

No less than 43% of the population – 10.9 million people – are affected by food insecurity, it said, while one third of children do not receive a minimum acceptable diet.

As well as the shortage of arable land and periodic natural disasters, the UN also pointed to a lack of modern agricultural techniques.

Kim Jong-un’s answer is: potatoes. Unlike rice paddies, potatoes do not have to be grown on flat land, and Pyongyang is pushing the humble spud as a staple food.

Kim has visited a potato powder factory several times, pictured last year lying back with officials on a mountain of tubers.

According to the official KCNA news agency, Kim said North Koreans should be told about the product’s “advantages and effectiveness, and the methods of making potato powder foods should be widely propagandised to them”.

The Pyongyang cooking competition is part of the recipe.

In one room, groaning tables were laden with dishes made from potato powder – pizzas, dumplings, noodles, even chocolate cake.

Organiser Kim Kum-hun, of the central committee of the Korea Cooks Association is an enthusiast.

“Of course rice is our main food but bread and potato powder can be our staple food too,” he said.

Potatoes, he explained, yield 20 tonnes per hectare, while rice produces less than 10 tonnes.

“Those who are surprised to see a cooking festival here say that because they don’t know our people well,” Kim said.

“Our lives are not affected. We live by the might of self-reliance.”