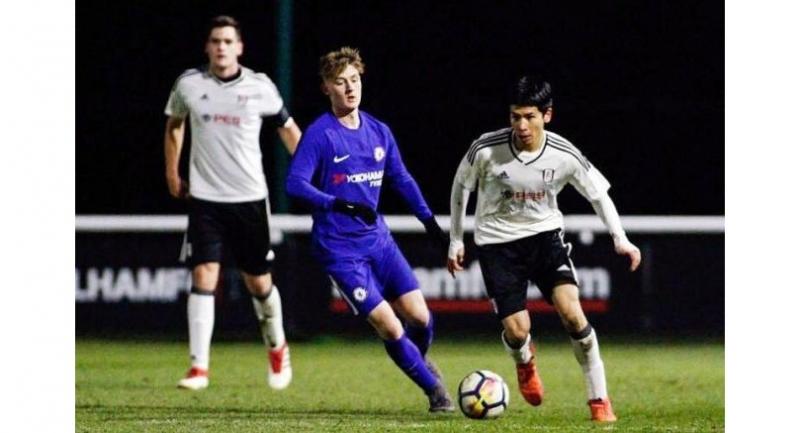 Singaporean footballer Ben Davis ((R) during a Fulham Under-18 match against Chelsea. The teenager's appeal for deferment had sparked a national debate last year. He is the first Singaporean to sign professional terms with an EPL team.//Fulham FC

Singapore's first footballer to sign with an English Premier League club has missed his mandatory national service and faces up to three years in jail if convicted, authorities said Monday.

Ben Davis signed a two-year deal with Fulham in July at the age of 17, but Singapore's government said he could not defer his national service to pursue his sporting dream.

All Singaporean men aged 18 must serve two years in the military, the police or the emergency services, an obligation authorities rarely let people skip.

The defence ministry's refusal to allow Davis to miss national service has fuelled a local debate about whether the conscription system is too strict in the city-state, where the Premier League is hugely popular.

Davis had "failed to report for NS (national service) as required. He is also staying overseas without a valid exit permit," the ministry said in a statement

Singapore's Straits Times newspaper reported that he was required to enlist by Thursday last week.

The ministry said Davis did not meet the criteria to skip national service when they refused his application to defer it last year.

In the past 15 years, only three athletes, including Olympic champion swimmer Joseph Schooling, have been given permission to miss national service, according to the Straits Times.