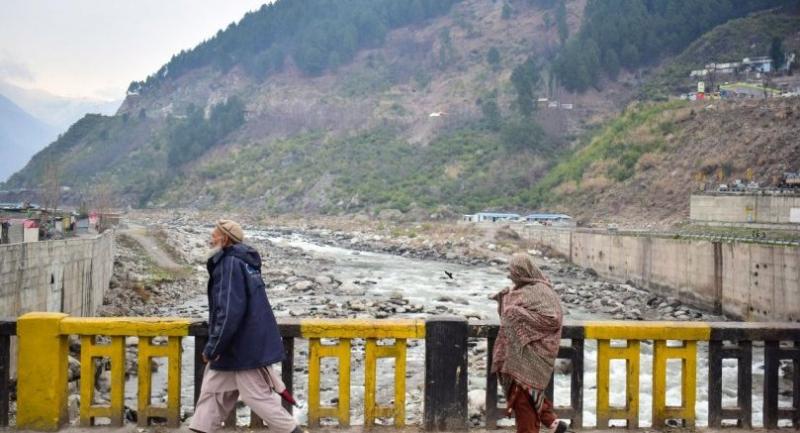 Pakistani residents walk on a bridge in the mountainous area of Balakot where the Indian Air Force (IAF) launched a raid, on February 26.//AFP

New Delhi - An air strike Tuesday on a militant camp killed "a very large number" of fighters preparing an attack on India, a senior foreign ministry official said after Pakistan accused it of crossing into its airspace.

"A very large number of Jaish-e-Mohammad terrorists, trainers, senior commanders and groups of jihadis who were being trained for fidayeen (suicide) action were eliminated," he said.

"Credible intelligence was received that JeM was attempting another suicide terror attack in various parts of the country, and the fidayeen jihadis were being trained for this purpose," said Gokhale.

"In the face of imminent danger, a preemptive strike became absolutely necessary. In an intelligence-led operation, in the early hours of today, India struck the biggest training camp of JeM in Balakot."

The Himalayan region has been divided between India and Pakistan since the end of British colonial rule in sub-continent in 1947. They have fought two of their three wars over the region.

"The existence of such massive training facilities capable of training hundreds of jihadis could not have functioned without the knowledge of Pakistan authorities," said the foreign ministry official.

"India has been repeatedly urging Pakistan to take action against the JeM to prevent jihadis from being trained and armed inside Pakistan," he added.

"Pakistan has taken no concrete actions to dismantle the infrastructure of terrorism on its soil," he added.