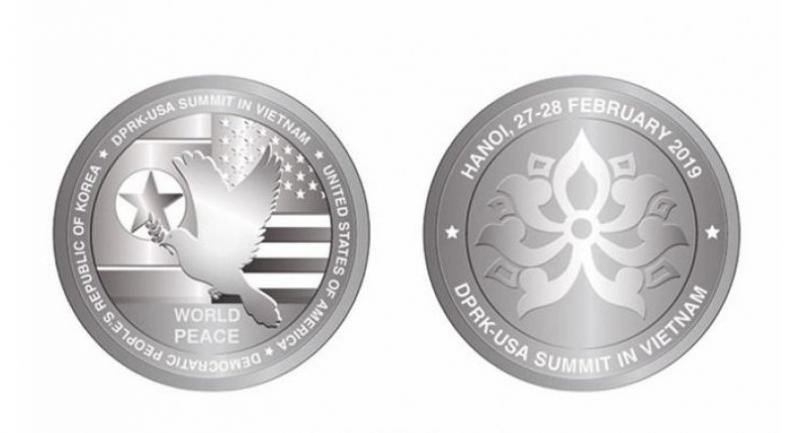 New coins: Designs of the coins to celebrate Trump-Kim summit to be held in Hà Nội on February 27-28. — Photo courtesy of the Vietnam Philately Co.

Hanoi - Three hundred silver coins will be issued today to welcome the summit between US President Donald Trump and DPRK leader Kim Jong-un to be held in Hanoi on February 27-28.

The coin is designed with two faces, one face with the image of a dove, a symbol of peace, an olive branch and the flags of the Democratic People’s Republic of Korea (DPRK) and the USA. The other face has the image of a lotus and the date of the summit, said a representative of Vietnam Philately Co which is assigned to make the coins.

“Our designers and artisans have worked very hard to design and finish to coin’s image in only one week. We are trying to complete the coins to issue them today to welcome the historic summit,” the representative said.

Earlier, the US issued 1,000 coins on February 23 to celebrate this second summit, with each worth $100. Last year, the White House announced another coin to mark the first Trump-Kim summit in Singapore. Singapore also issued gold coins to celebrate the summit held last June in the country.