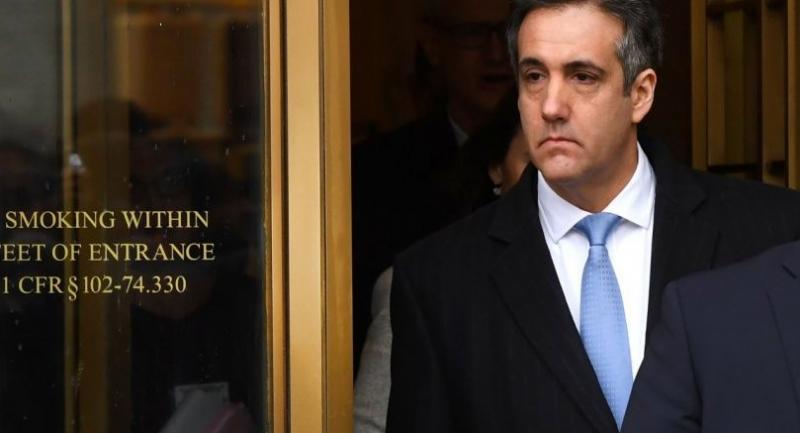 Washington - Donald Trump's former personal lawyer and fixer Michael Cohen will tell Congress Wednesday that the president is a "racist" and "conman" and knew in advance that WikiLeaks would publish dirt on Hillary Clinton, US media reported.

In explosive public testimony to Congress on Wednesday, Cohen will also state that Trump essentially instructed him to lie about a lucrative real estate project Trump had in the works in Russia even while running for president in 2016, according to a prepared statement by Cohen that was provided to The New York Times and other US news outlets.

Trump, in Vietnam for a second nuclear summit with North Korean leader Kim Jong Un, responded to the release of the statement by trying to distance himself from Cohen and discredit him.

"Michael Cohen was one of many lawyers who represented me (unfortunately)," Trump tweeted.

Cohen will testify before the House of Representatives Oversight Committee on the second of three keenly awaited days of testimony on Capitol Hill. Tuesday's first session at the Senate was held behind closed doors.

Cohen, 52, worked closely with Trump for more than 12 years, becoming vice president of the Trump Organization, where he was the billionaire property magnate's behind-the-scenes "fixer."

Last year, Cohen pleaded guilty to illegally using campaign funds for hush money payments to two women who said they had affairs with Trump. The president denies the liaisons.

Cohen also pleaded guilty to lying to Congress in testimony in 2017 when he sought to cover up Trump's pursuit of the Moscow real estate project during the presidential election campaign. Cohen will soon start serving three years in prison.

Trump in his tweet Wednesday said Cohen is "lying in order to reduce his prison time", even though he has already been sentenced. Trump noted that Cohen has been disbarred in the state of New York for lying to congress.

In the testimony Wednesday, Cohen will say again that he kept working on the Trump Tower project in Moscow well into the campaign and did not stop in January 2016 as he had originally told lawmakers. Trump has insisted he had no dealings in Russia during the campaign.

"In conversations we had during the campaign, at the same time I was actively negotiating in Russia for him, he would look me in the eye and tell me there's no business in Russia and then go out and lie to the American people by saying the same thing," Cohen plans to say.

Cohen will state that he is sorry for what he calls his misplaced loyalty.

"I am ashamed that I chose to take part in concealing Mr. Trump's illicit acts rather than listening to my own conscience. I am ashamed because I know what Mr. Trump is. He is a racist. He is a conman. He is a cheat," Cohen will say, according to the statement.

He will also state that Trump had advanced knowledge through longtime adviser Roger Stone that WikiLeaks planned to publish hacked emails from the Clinton campaign.

Cohen will testify that Trump, when he learned this from Stone, said "Wouldn't that be great?"

Cohen will state that he does not have direct evidence that Trump or his campaign colluded with Russia to defeat Clinton but that he has suspicions.

Trump has repeatedly denied any prior knowledge of a June 2016 meeting in Trump Tower in New York during which a representative of Russia's government offering dirt on Clinton met with Donald Trump Jr and senior campaign officials.

But Cohen said that in 2017, as he read media coverage of the meeting, "something clicked in my mind."

He said he then recalled a meeting with Trump in early June 2016 in which Trump Jr walked into the room, approached his father and said in a low voice "the meeting is all set."

Cohen said Trump had always told him Trump Jr. had "the worst judgment of anyone in the world." Cohen said he thought the son would never set up a big meeting on his own and without first checking with his father.

"I also knew that nothing went on in Trump world, especially the campaign, without Mr. Trump's knowledge and approval. So, I concluded that Don Jr. was referring to that June 2016 Trump Tower meeting about dirt on Hillary with the Russian representative," Cohen's statement says.

On race, Cohen said America has seen Trump woo white supremacists and bigots but that in private "he is even worse."

"He once asked me if I could name a country run by a black person that wasn't a 'shithole.' This was when Barack Obama was President of the United States," Cohen will state, according to the statement.

Girding for a fresh political assault on the president, Republicans focused on damage control, pointing out that Cohen is headed to prison for three years for his crimes and labelling him a convicted liar.

"Disgraced felon Michael Cohen is going to prison for lying to Congress and making other false statements. Sadly, he will go before Congress this week and we can expect more of the same," Trump's spokeswoman Sarah Sanders said from Hanoi.

"It's laughable that anyone would take a convicted liar like Cohen at his word."