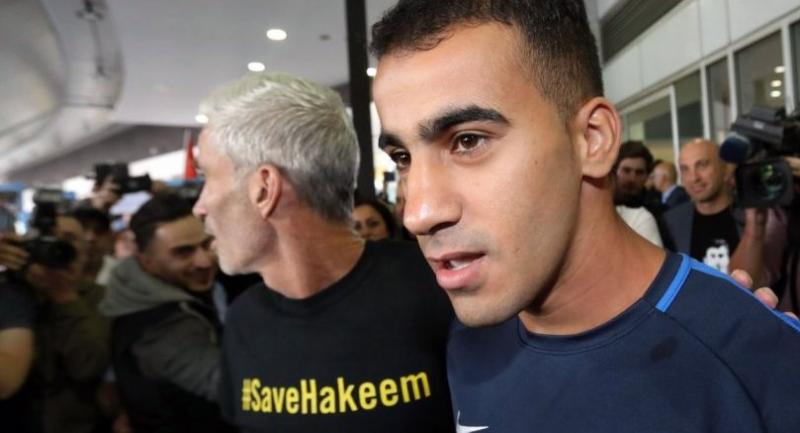 Sydney - Refugee footballer Hakeem al-Araibi has urged Formula One fans to boycott this year's Grand Prix in Bahrain to protest human rights abuses, claiming he still feels threatened by authorities in his homeland.

The 25-year-old defender returned to Melbourne earlier this month after being detained during his honeymoon in Bangkok and threatened with extradition to his native Bahrain.

Bahraini authorities accuse him of offences linked to the 2011 Arab Spring uprisings. But his detention sparked a worldwide outcry and he was eventually allowed back to Australia, where he had been granted asylum.

Writing in The Guardian newspaper, al-Araibi repeated his claim that he was targeted for political reasons.

"Evidently, it is a myth that sports and politics do not mix," he said.

"Some people consider my release as a great victory. While I'm happy to be home, I cannot help but think that my personal fight is not over," he added.

"Even now, Bahrain has vowed to 'pursue all necessary legal actions' to drag me back to the place I fled. My brother remains imprisoned there, and I don't believe that I am safe from the Bahraini government."

Al-Araibi claimed authoritarian states were using sports events to raise their profile, "but when athletes and individuals call attention to this practice they are imprisoned and forcibly silenced".

He pointed to activist Najah Yousif, who human rights groups say was jailed for three years for criticising the kingdom's hosting of the 2017 Bahrain Grand Prix.

Prosecutors claimed she "broadcast false and biased news" about conditions in Bahrain and "promoted terrorist acts".

He also called on major sporting bodies, including FIFA and the International Olympic Committee, to "step up" even further against injustice after both intervened to help his case.

"I believe they need to call for an investigation into the repression of athletes orchestrated by the (Bahraini) authorities in 2011," he said.

"International sporting bodies, governments and individuals must unite to fight for the helpless," al-Araibi added.

He cited the case of jiujitsu fighter Mohamed Mirza, saying he was given an "unlawful" jail sentence and "subjected to brutal torture".

Rights groups have also claimed that athletes including footballers were tortured and abused during a crackdown on pro-democracy protests in Bahrain.