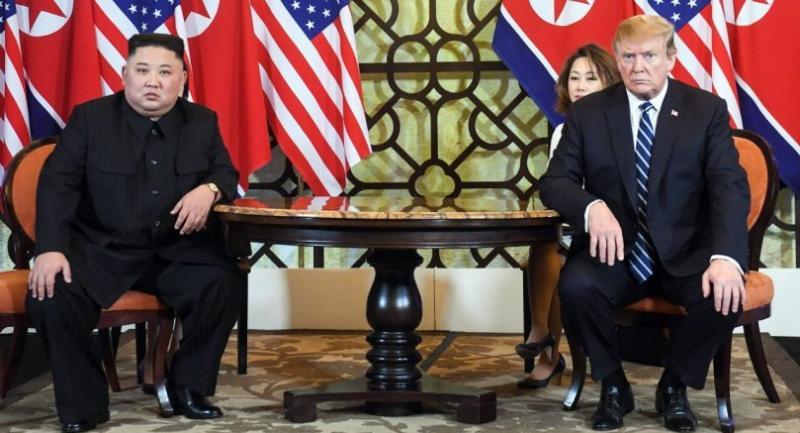 US PRESIDENT Donald Trump and North Korean leader Kim Jong-un decided to walk away as “friends” after failing to reach an agreement on the denuclearisation of the Korean peninsula yesterday.

However, teams from Washington and Pyongyang will continue working on the issue and will perhaps make some progress in the future, said US Secretary of State Mike Pompeo, though Trump would not commit to another summit.

“I can’t tell you about the next meeting. It could be soon, it could be a long time. We really want to do it right,” Trump told the press before departing for Washington after the 36-hour summit was brought to an abrupt end.

Trump and Kim had been in Vietnam since Tuesday for a second summit, which was widely expected to produce a more concrete outcome. The first summit in Singapore last year was considered more of a |“symbolic” get together.

“Walk away” is a diplomatic term used when a negotiation cannot achieve a satisfactory solution, or one or both parties do not want to continue.

“It was very friendly,” Trump said when asked about him “walking away” from the talks.

“This wasn’t a ‘walk away’ like when you get up and walk out,” he explained, insisting that his relationship with Kim is good.

The differences that brought the talks to an end were related to a reciprocal deal of complete denuclearisation and all sanctions being lifted.

Washington said it was prepared to lift sanctions if Pyongyang was committed to denuclearising in areas the US wants, said Pompeo, who was at the press conference with Trump.

“We asked him [Kim Jong-un] to do more, but he is not prepared for that. I wish we could do more,” Pompeo said. “We didn’t get to something that made sense for the United States of America.”

Trump added: “Basically they wanted the sanctions to be lifted in their entirety, and we couldn’t do that. We haven’t given up anything. “He [Kim] wants to denuke, he just wants to do that in areas that are less important than what we want.

“We want to give up sanctions because that country has so much economic potential. But only when they agree to give up their nuclear [weapons],” Trump said, repeating what he had said earlier to lure North Korea to give up its nuclear ambitions in exchange for economic development. According to Trump, the breakdown of the summit was “was about sanctions”.

However, Trump said the US will not impose more sanctions as it believes North Korea will not further develop nuclear projects and conduct missile tests.

“We will keep the relationship. What chairman Kim promised me last night [Wednesday night at dinner] is that he is not going to do rocket and nuclear tests. I trust him, I hope that’s true,” Trump said.

While Trump rushed back to Washington to face the disturbing testimony of his former legal aide Michael Cohen, North Korea’s Kim and his delegation decided to stay on until Saturday to warm up ties with Vietnam.