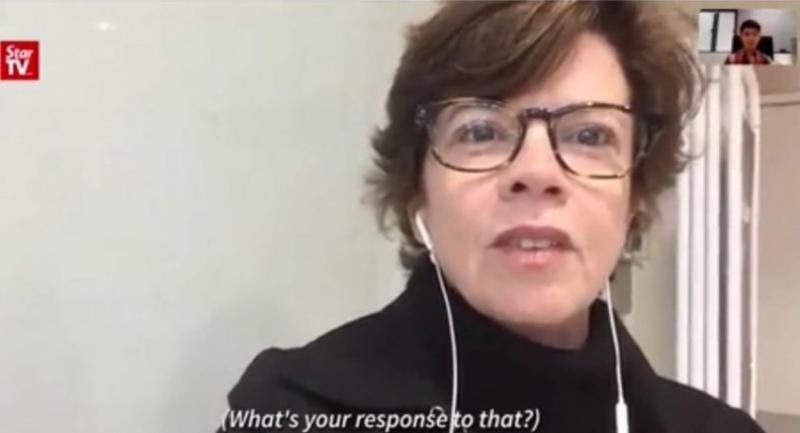 “He didn’t seem to have answers to the questions I was raising,” Jolley said during an exclusive interview with The Star TV. “These were things that were fully detailed in the US Department of Justice’s report.

“I just felt as though a lot of the time, the former prime minister was suggesting that he didn’t know about things and was putting the blame on other people, rather than taking the blame himself.

Datuk Seri Najib Tun Razak, who was quizzed over various matters like the notorious "pink diamond" and 1MDB, was seen losing his cool several times during the interview, which ended with him walking out. “I wanted him to stay,” Jolley said.

“Obviously he wanted to talk about the economy, which was fine, but we couldn’t get to that until we answered the other questions.”

The 25-minute video of the interview went on to rack up more than one million views on Youtube and was awarded the “Interview of the Year” prize at the Royal Television Society’s Television Journalism Awards 2019.

Asked if she would interview the former prime minister again in the near future, Jolley said she would do it if the need arose.

She also expressed interest in interviewing the former first lady, Datin Seri Rosmah Mansor. “We think it would be really important to talk to her as well,” she said.

“People in Malaysia believed she played a critical role as the prime minister’s wife, so we would certainly love to talk to (Najib) and (Rosmah).”

The 101 East journalist said she was currently working on another video on Malaysian politics, which she hoped would be released some time next month.