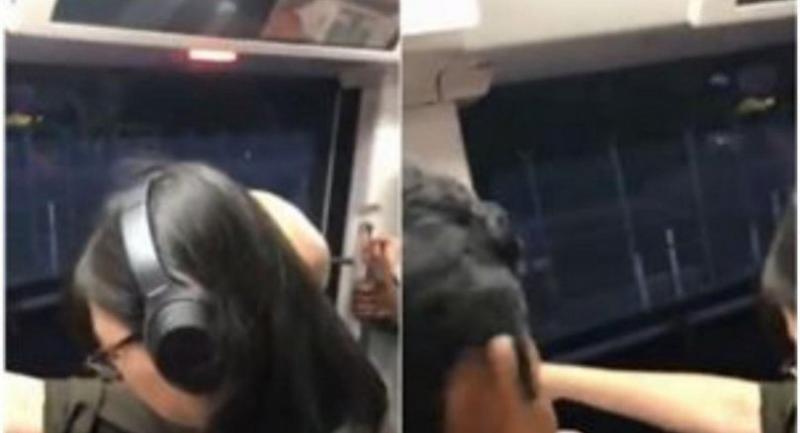 Singapore - Passengers in one of the trains on the North-South Line on Monday evening (March 11) were shocked when the doors were left open when the train was travelling between stations.

Videos on social media showed that the doors for one side of a carriage were open fully as the train was moving from Ang Mo Kio station towards Yio Chu Kang station.

SMRT confirmed that the incident happened on Monday at around 7.30pm.

The station manager was inside the train and at the door handling a train door fault when the train moved off from Ang Mo Kio station with its door open, said SMRT.

He immediately kept all commuters away from the door and in-train announcements were made to tell commuters to keep clear of the door area and hold on to grip poles, said vice-president of SMRT corporate communications Margaret Teo.

Teo added that the train stopped shortly after travelling around 200m and returned to Ang Mo Kio station, where all commuters disembarked safely.

"The train was immediately withdrawn from service. Initial investigations showed that the station manager had made an error that allowed the train to move with a door still open," said Teo.

"We have suspended the station manager with immediate effect. Safety is our top priority. We are sorry that this incident happened," she added.

In 2016, an LRT train door opened while it was travelling from Bukit Panjang to Senja, amid a five-hour service disruption.

SMRT said then that the cause could have been a design flaw and a signalling fault during commuting hours forced SMRT staff to override the driverless Bukit Panjang LRT system and drive the trains manually.