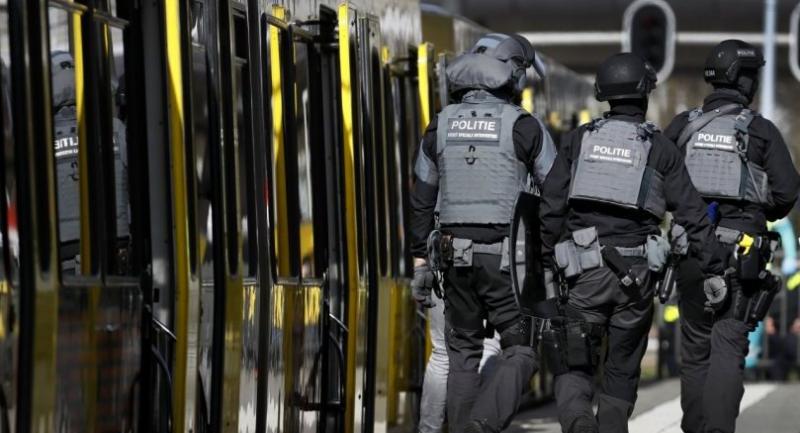 Police forces walk near a tram at the 24 Oktoberplace in Utrecht, on March 18, 2019 where a shooting took place. //AFP

The Hague - A gunman who opened fire on a tram in the Dutch city of Utrecht on Monday, killing one and injuring several others people, is on the run, police said.

Police only spoke of one gunman but did not rule out the possibility there might be others, the ANP news agency quoted police as saying. The agency reported that least one person was killed in the shooting.

The victim was completely covered with a sheet and lying on the tracks between two carriages, ANP quoted one of its reporters as saying. There was no immediate official confirmation.

"A shooting occurred on the 24 Oktoberplein in Utrecht... Multiple people have been injured. The surrounding area has been cordoned off and we are investigating the matter," Utrecht police said on Twitter.

"It is a shooting incident in a tram. Several trauma helicopters have been deployed to provide help."

Local media showed photographs of masked, armed police and emergency vehicles surrounding a tram that had stopped near a road bridge.

Tram traffic in the area was halted, operator Qbuzz was quoted as saying by the ANP news agency.