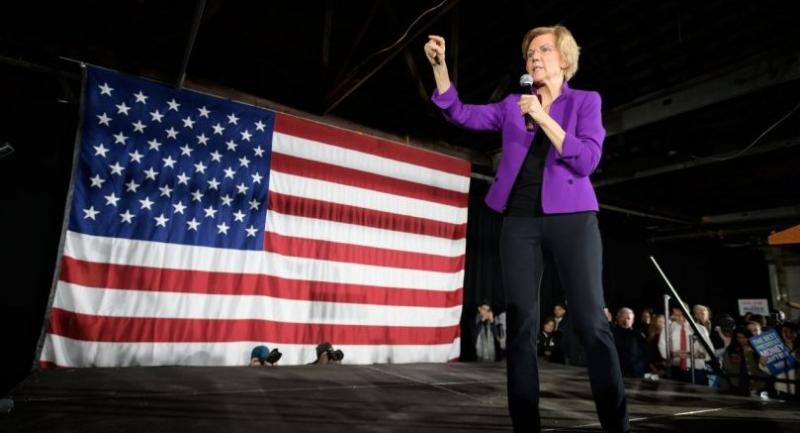 Washington - From Martha Washington to Melania Trump, the role of US first lady is as old as the republic itself.

But if one of half a dozen Democrat hopefuls get their way in 2020, the nation could soon have a first gentleman -- potentially even the husband of America's first gay president -- move into the White House.

The presidential spouse has always been a woman, and while her duties have never been officially codified, she is expected to function as the mansion's hostess, overseeing its social and ceremonial events.

But the longstanding tradition and expectations of that ornamental and highly visible role, may soon be upended.

Four years ago it was Bill Clinton who was widely expected to become first gentleman once Hillary Clinton did away with Republican Donald Trump, but history intervened.

Their husbands have largely shunned the spotlight, all too aware of the unwritten campaign rule: "Don't overshadow your spouse."

Some have taken the stage with their candidate better halves more than others, and social media has been the venue for a few to shine.

One candidate spouse in particular, Chasten Buttigieg, has been gaining positive attention, and is already leading the 2020 spouse primary.

He is the 29-year-old husband of South Bend, Indiana's millennial Mayor Pete Buttigieg, and their same-sex marriage would make White House history.

Buttigieg remains a long shot for the nomination, but Chasten's joyous and seemingly unscripted Twitter feed, which combines awe for his accomplished husband with well-placed humor, has a growing following.

Chasten, a middle school teacher who met Buttigieg through an online dating app, radiates charm as he uses self-deprecating humor and candor when ruminating on life as a candidate's spouse.

His unapologetic affection for his husband shines through in his postings, as on the January day Buttigieg announced his presidential exploratory committee.

"I am so proud of my husband... Let's go show the world why I fell in love with you."

When Chasten tweeted "I'm being replaced" under a touching photograph of Buttigieg cuddling with their dog, another potential first gentleman waded in.

Emhoff, confident and comfortable in front of cameras, routinely appears at Harris's side at campaign events, but he is keeping his public profile in check.

Klobuchar's husband, John Bessler is, too. Bessler, a law professor, placed his wife's binder on the lectern at her campaign kickoff, kissed her, then stepped aside.

First ladies have been forced into a near-impossible balancing act: conform to stereotypes of the role like choosing the White House china, and humanize their presidential husbands.

The expectations are severe: always be impeccably dressed -- Jacqueline Kennedy set a high bar -- represent the president at certain functions, and champion a social cause.

But first ladies expert Katherine Jellison, chair of the history department at Ohio University, said that while Americans for 200 years have expected the president's wife to dress, behave and speak a certain way, the prospect of a first husband might shake up expectations.

"Particularly in the mass media age since the mid-20th century, we've expected our first ladies to be practically superwomen," she told AFP.

But "fewer expectations" would likely be placed on a man in the position.

"A first gentleman might give Americans a chance to 'make-over' our unreasonable expectations for the spouse of a president and allow future first spouses, whatever their gender, to be more themselves, and not have to live up to the role of perfect spouse."

The behavior of some candidates as they seek to humanize themselves and their potential first gentlemen is already stirring discussion.

Warren received mixed reactions when she live-streamed from her home and cracked open a beer on camera, then offered one to her husband of 35 years, Harvard law professor Bruce Mann.

"This is my sweetie, he's the best and I'm crazy about him," Warren adds.

While the next first spouse could be male or female, Americans expect that there be someone to fill that role.

The nation has not had a bachelor president in the last century, which may have led candidate Senator Cory Booker, who is single, to reveal he is dating actress Rosario Dawson.

"I think she would make an incredible, incredible first lady," Booker said recently when asked if Dawson would move into the White House should he win.