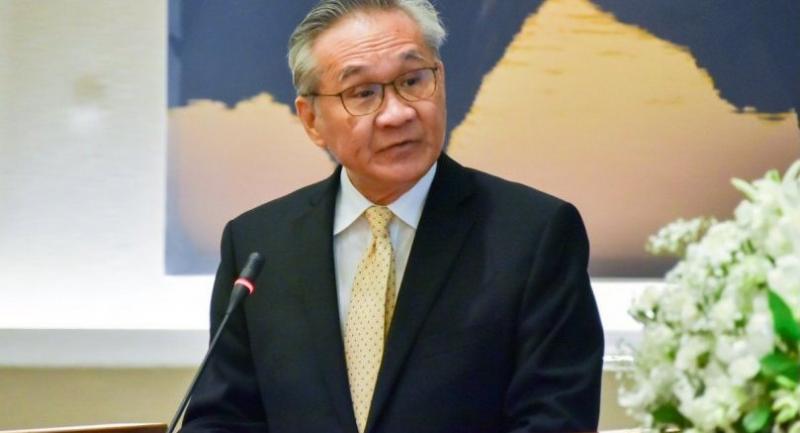 The two countries have agreed to ensure the safe return of Rohingya who have been taking shelter at the Bangladesh-Myanmar border since August 2017, the minister said upon returning from Dhaka, where he had gone on a working visit on Wednesday and Thursday.

Thailand has provided Bt5 million in aid via the World Food Programme for the refugees, he added.

Don, in his capacity as Asean chair, was in Myanmar for the same purpose on March 7-8, when he met key officials in Nay Pyi Taw, including de facto leader and his counterpart Aung San Suu Kyi.

“It is a very good sign, based on the spirit of cooperation, as the two countries want to see an end to the repatriation stalemate,” he said.

The first batch of 2,000 refugees was set to return to Rakhine state in mid-November, but they resisted out of fear for their safety.

The latest conversation with Myanmar authorities indicated that Nay Pyi Taw would only take back screened refugees, he said, adding that they would receive verification documents.

“But these papers are not national IDs,” he said. “This issue will be have to be addressed later as it’s a complicated one that will take time to solve.”

More than 700,000 Rohingya fled from Rakhine in August 2017 after militants attacked Myanmar security outposts, prompting a “clearance operation”. Thousands were killed, while many others suffered from atrocities including arson, torture, murder and gang rape. The United Nations found elements of ethnic cleansing in Myanmar’s actions and tried to refer cases of “genocide” to the International Criminal Court and other special tribunals.

However, Asean – of which Myanmar is also a member – decided in a Singapore summit in November to participate on a humanitarian basis and help coordinate and facilitate the repatriation.

The Asean Emergency Response and Assessment Team visited Rakhine state from March 4 to 13 and should have a report on the visit soon, Don said.

Senior Asean officials will meet later this month to discuss their role in the repatriation, he said, noting that both Myanmar and Bangladesh appreciated the bloc’s actions.

“We might need quiet diplomacy to get the work done,” he said.