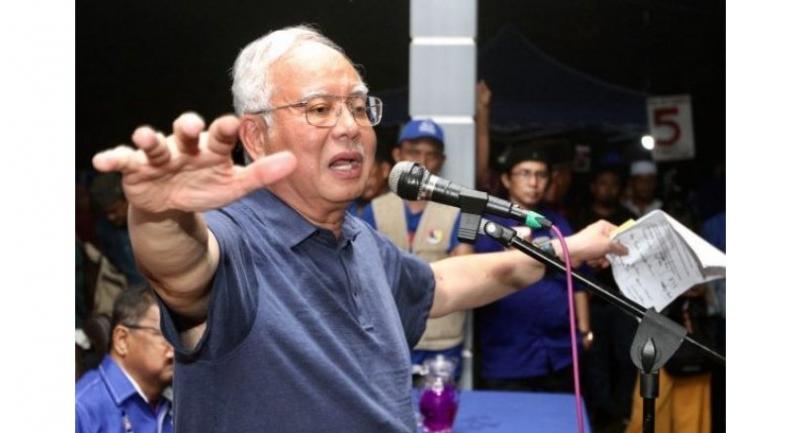 The move comes after Najib breached House rules with regard to an embargo on the Felda White Paper which was tabled in Dewan Rakyat on Wednesday (April 10).

The motion to sanction Najib was listed under Parliament's Order Paper, which noted that the former premier had breached Clause 95A of the Standing Order of the Dewan Rakyat.

Najib posted photographic excerpts of the White Paper on his Facebook on Tuesday (April 9), a day ahead of an embargo on it, to defend Felda's action over the controversial  purchase of a 37% stake in Indonesia's Eagle High Plantation.

Following this, Prime Minister Tun Dr Mahathir Mohamad later told reporters on Wednesday in Parliament lobby that action would be taken to penalise Najib over the matter.

Dr Mahathir said this would remind Najib that no one was above House rules.

The motion is expected to be passed later today (April 11).