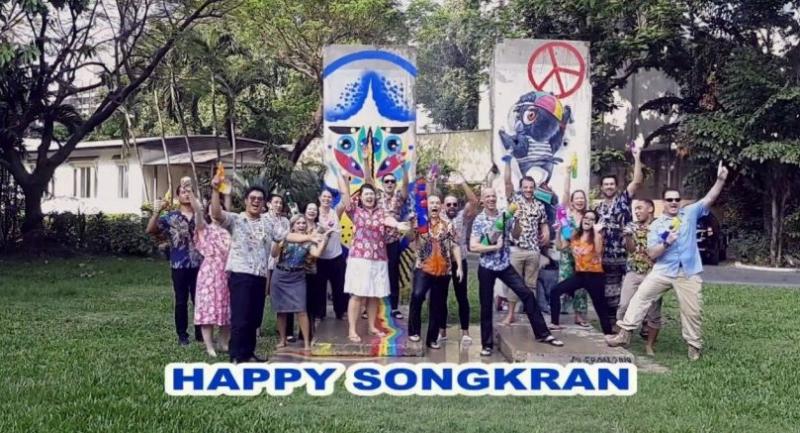 The clips, produced by the Chinese, German and US embassies, depict members of staff in bright costumes performing traditional Thai dance, spraying each other with water or generally enjoying themselves.

Chinese Ambassador to Thailand Lyu Jian is seen saying “we wish you all prosperity and a happy Songkran Day” in Thai. (https://www.facebook.com/pg/ChineseEmbassyinBangkok/videos/)

The German Ambassador Georg Schmidt is seen making his way down embassy grounds on a scooter, armed with a water gun.

The clip from the US embassy shows members of staff, both Thai and American, performing the rum wong, or Thai traditional dance, to the beat of traditional drums.

These “Happy Songkran” video clips have been posted on each embassy’s social-media network, including Facebook and Twitter.