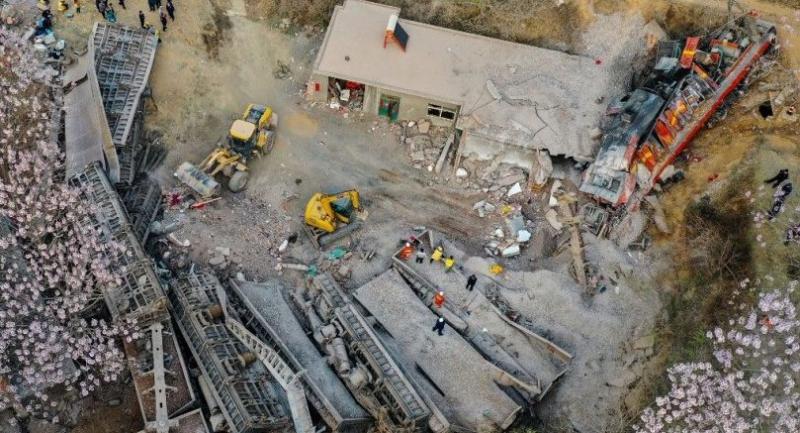 Photo shows rescuers searching at the site where a train carrying aluminum ore derailed and hit a village house in Zhengzhou in China's central Henan province.//AFP

Rescuers have recovered the bodies of six people in central China after a cargo train carrying aluminium ore hurtled off the tracks and crushed a house, local authorities said on Friday.

At around 10:00 pm on Wednesday the 25-car train derailed from an escape siding and overturned, hitting a house in Gongyi, Henan province.

Search and rescue operations concluded early Friday morning after the bodies of four crew members and two villagers were found.

Rescue efforts were difficult as the crew accommodation car and the first 14 wagons overturned and lay on top of each other, and were heaped together with a large quantity of aluminium ore, the Gongyi government said.

Authorities are still investigating the cause of the accident.