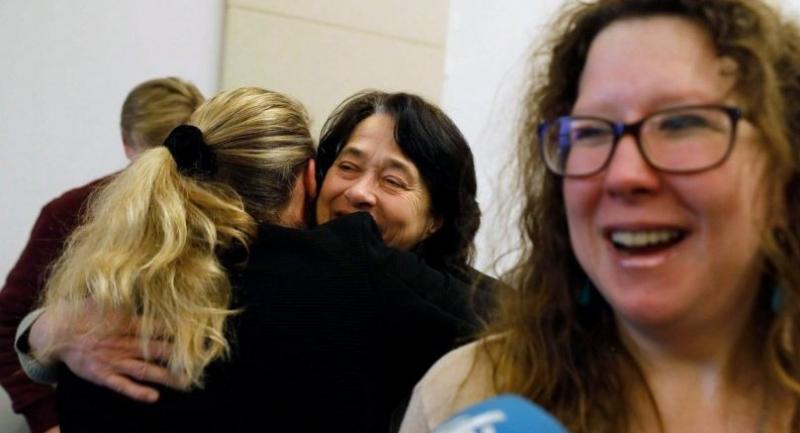 Parents and donor children react after the ruling in the case in which they demanded the DNA of sperm doctor Jan Karbaat be compared with their DNA, to obtain the ultimate certainty that he was indeed their biological father, on February 13.//EPA-EFE

The Hague - A deceased Dutch doctor mired in a fertility scandal fathered at least 49 children, an organisation representing parents and children born through IVF at his now-closed clinic said Friday.

Jan Karbaat, who died in 2017, is the direct father of 49 children born after women visited his Rotterdam clinic where he used his own sperm instead of from a chosen donor to inseminate them, Defence for Children said.

Results of DNA tests conducted Friday morning at a hospital in the southeaster city of Nijmegen "showed that 49 children in the case are direct descendants of the late Karbaat," the organisation said in a statement.

"The results confirm serious suspicions that Karbaat used his own sperm at his clinic," Defence for Children added.

The controversial case came became public after a Dutch court ruled in February that the results of Karbaat's DNA test should be made available to parents and children to conduct their own comparisons.

Before his death, Karbaat reportedly admitted to having fathered about 60 children in his time at the discredited clinic which closed in 2009 amid reports of irregularities.

The group of suspected "Karbaat children" dragged his family to court to force them to release Karbaat's DNA profile, which was kept behind locked away in a safe.

The plaintiff's lawyer previously told doctors that children for instance had brown eyes, while a sperm donor was supposedly blue-eyed, or that another male client physically resembled the doctor.

The Karbaat family's lawyers in turn argued that their clients' right to privacy had to be respected.

"However, with the judges agreeing to the paternity test, the judge placed the children's rights above those of Karbaat and his family," Defence for Children advisor Iara de Witte said.

"Now, after years of uncertainty the plaintiffs can finally close a chapter and start processing the fact that they are one of Karbaat's many descendants," De Witte said.