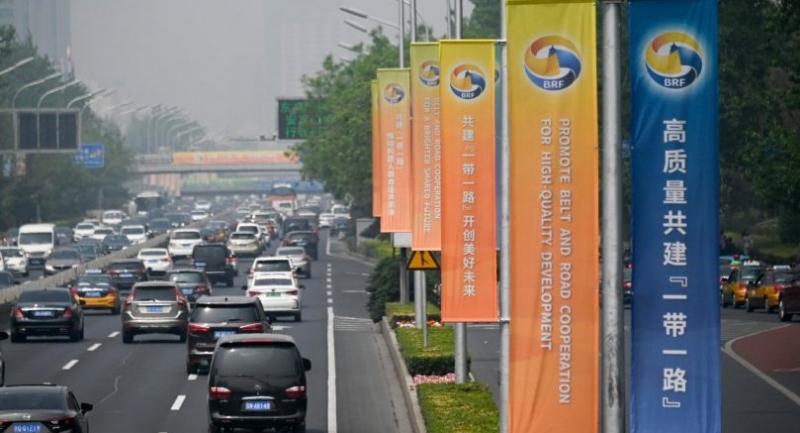 Banners are displayed along a street ahead of the Belt and Road Forum in Beijing on April 22.//AFP

Beijing - Washington will not send officials to a Beijing summit on Chinese President Xi Jinping's signature global infrastructure project, the US embassy said Wednesday amid a raft of disputes between the two powers.

Leaders from 37 countries and officials from dozens more are expected to attend the Belt and Road Forum from Thursday to Saturday, but Washington has dismissed the initiative as a "vanity project".

"The United States has no plans to send officials from Washington to the Belt and Road Forum," a US embassy spokesperson told AFP in an email.

"We call upon all countries to ensure that their economic diplomacy initiatives adhere to internationally-accepted norms and standards, promote sustainable, inclusive development, and advance good governance and strong economic institutions," the spokesperson said.

Chinese Foreign Minister Wang Yi told journalists at a briefing last week that American diplomats, state government representatives and members of the business community will be attending the forum.

At the first Belt and Road summit in 2017, the US was represented by White House adviser Matt Pottinger.

Since then, more countries have signed up to Belt and Road, most notably Italy, which became the first G7 nation to join the global scheme that aims to link Asia to Europe and Africa through massive investments in maritime, road and rail projects.