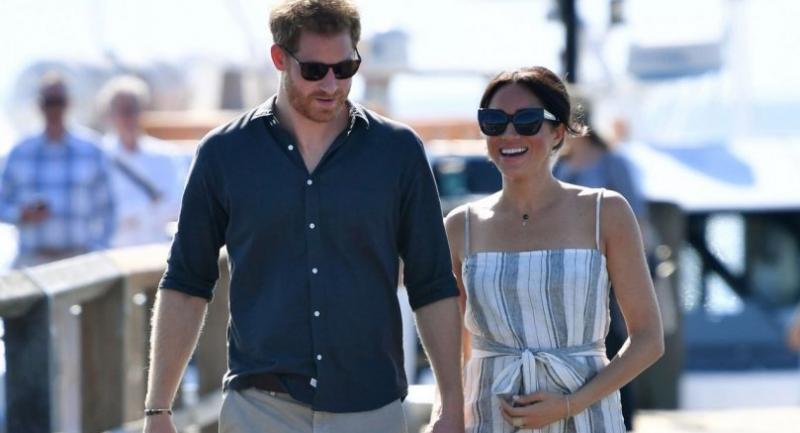 (FILES) In this file photo taken on October 22, 2018 Britain's Prince Harry and his wife Meghan, the Duchess of Sussex walk to attend a meet-the-people session at Kingfisher Bay Resort on Fraser Island. // AFP PHOTO

"The Duchess went into labour in the early hours of this morning," it said in a statement, noting her husband the Duke of Sussex was by her side.

"An announcement will be made soon," the palace added. Royal super fan Anne Daley poses with baby-themed balloons as she waits near Windsor Castle, west of London on May 6, 2019, for news of the imminent birth of the child of Britain's Prince Harry and Meghan, Duke and Duchess of Sussex. // AFP PHOTO