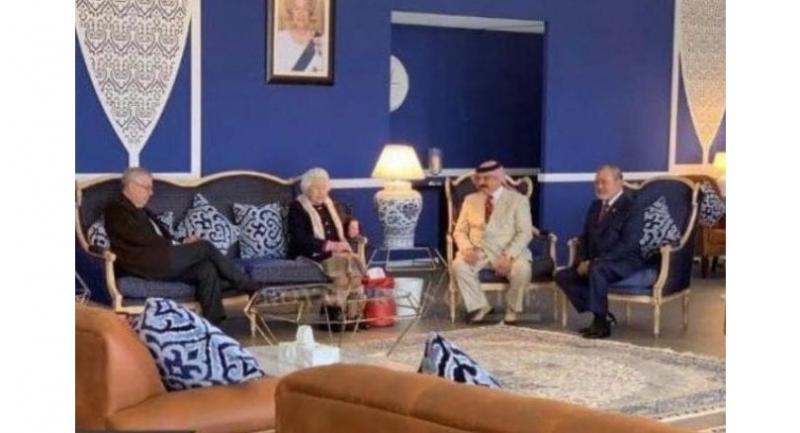 Sultan Ibrahim (right) having a discussion with King Hamad (second from right) and Queen Elizabeth (second from left) in Britain.

His Majesty attended the annual Windsor Horse Show at the invitation of the King of Bahrain, King Hamad Bin Isa Bin Salman Al-Khalifa, which was graced by Queen Elizabeth II on Friday (May 10).

Sultan Ibrahim said he personally met the British monarch with King Hamad after her arrival at the world-famous equestrian event.

His Majesty  - who is a keen equestrian and polo player himself - spent several minutes talking to the Queen about their mutual passion for horses and horse riding.

At the event, Sultan Ibrahim also exchanged pleasantries with Queen Elizabeth II and her second son Prince Andrew, who was keen to know more about Johor.

His Majesty explained to the Duke of York that Johor has a strong agricultural and industrial-based economy, especially a flourishing manufacturing sector with several major investments by British companies.

This includes Dyson Ltd, a high-tech home appliances producer, which has made Senai its global manufacturing hub.

The United Kingdom-based manufacturer has also set up a research, design and development (RDD) centre in Senai.

Sultan Ibrahim also highlighted the strong presence of British universities and international schools in Johor, including the University of Southampton, Newcastle School of Medicine, University of Reading and Marlborough College and International School.