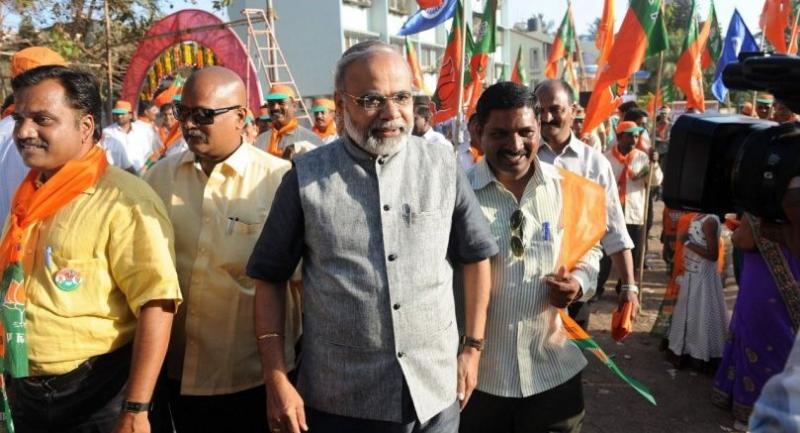 New Delhi - Indian Prime Minister Narendra Modi has been roundly mocked for suggesting that radars are affected by clouds and boasting that he sent an email attachment years before the technology to do so was invented.

Modi, who is currently fighting to retain his premiership in a marathon election, claimed in a weekend television interview that he ordered air strikes on Pakistan in February because cloud cover would stop radar detection of Indian fighter jets.

"I said there is so much cloud and rain. There is a benefit," Modi told News Nation in the interview, recounting the bombardment of what India claims was a militant training camp across the Pakistani border.

"(I thought) the clouds can benefit us too. We can escape the radar... Ultimately I said there are clouds, let's go," he added.

Modi has been using the air strikes during the country's election campaign to bolster his strongman image.

His Bharatiya Janata Party posted the comments on Twitter but soon deleted them as newspapers quoted experts rubbishing Modi's claims, with the Kolkata-based Telegraph ridiculing the prime minister for his "shock and awe" disclosure.

Opposition politicians also piled in to taunt the 68-year-old.

"It seems no one clarified (to) the PM how radars work," tweeted Salman Soz, a senior member of the opposition Congress party.

"If that is the case, it is a very serious national security issue. No laughing matter!"

Social media jibes came thick and fast. One widely-shared internet meme featured a still from the blockbuster "Avengers" film franchise with Modi superimposed among the superheroes.

Twitter users also had a field day over Modi's claim that he sent digital pictures as an email attachment in the late 1980s.

"I am likely the first person to use digital camera in India in 1987 or 88. Only a few people had emails then," Modi had said in the same interview.

In reality, the first email attachment wasn't sent until 1992 by researcher Nathaniel Borenstein.

"The joke is not on Modi," tweeted academic and columnist Nissim Mannathukkaren.

"The joke is on the "educated" elite/middle class supporters of Modi who have made idiocy and ignorance fashionable."