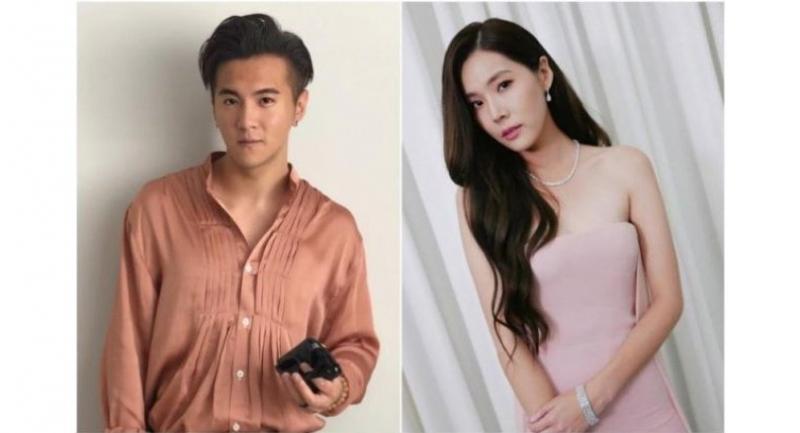 The messages between Mediacorp stars Ian Fang and Carrie Wong included language that suggested a relationship of a physical nature between the two.PHOTOS: IAN_IANIZATION/INSTAGRAM, CARRIEWST/INSTAGRAM.

SINGAPORE - Mediacorp stars Ian Fang and Carrie Wong have landed themselves in hot water following the leak of explicit private messages between the two of them on social media platform Instagram.

These messages included coarse language suggesting a relationship of a physical nature between the two, who are said to be going out with other people.

In one of the leaked screenshots of their conversation, which was almost entirely in Chinese, Fang, 29, suggests that he will "plant strawberries" on Wong - a slang term in the Chinese language referring to love bites. In another, he suggests that they kiss.

Fang also says in one of their exchanges that he feels comfortable sleeping with the 25-year-old actress and can fall asleep easily with her, to which she agrees. He then says he is looking forward to their next encounter.

In a statement sent in Chinese, Fang issued a public apology.

He said: "Carrie and I are good friends who talk about everything. I acknowledge that our language was vulgar and inappropriate. I apologise for our conduct. I am sorry to those who saw the exchanges. As a public figure, I will be much more careful in my behaviour going forward."

Similarly, Wong said: "Ian and I have been friends for many years and we often do not filter or think through words we use with each other. The distasteful language we used in our conversations has caused everyone unnecessary worry and harm and I am regretful."

She also apologised to her boyfriend, though she did not mention him by name. "I am thankful for my boyfriend's trust and offer my sincerest apologies to everyone."

The head of The Celebrity Agency, Ivy Low, said the stars' conversation was "distasteful and inappropriate" but noted that it was a "private exchange conducted in jest".

Low said: "The parties involved are deeply embarrassed and have no doubt, taken away many lessons from this unfortunate incident. We expect our artistes, being public figures, to conduct themselves professionally and appropriately at all times."

Fang was one of the Eight Dukes of Caldecott Hill - a term referring to the eight most promising young Mediacorp actors in the early 2010s. He was nominated for Best Supporting Actor at this year's Star Awards.

Wong was discovered on Channel U's talent scouting programme Hey Gorgeous in 2013 and has since fronted many Mediacorp dramas. She has won Top 10 Most Popular Female Artist at the Star Awards for five years running, including this year.

The two stars are currently starring in the Channel 8 drama Hello, Miss Driver as siblings.