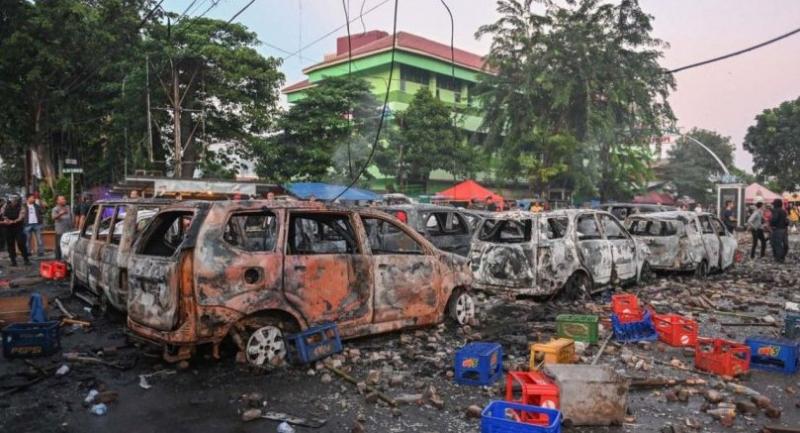 Cars that were burned by rioters are seen following overnight trouble near by the Elections Supervisory Agency (Bawaslu) in Jakarta on May 22. (AFP/Bay Ismoyo)

The National Police have not yet confirmed reports of deaths during the riots following protests in front of the Election Supervisory Agency (Bawaslu) headquarters in Central Jakarta on Tuesday night and Wednesday morning, saying that they were still in the process of "checking."

​​​​​Jakarta Governor Anies Baswedan had previously said that six people had been killed during the riots as of Wednesday morning.

"As I said before, we are still checking," National Police spokesperson Insp. Gen. M. Iqbal said at a press conference at the Office of the Coordinating Minister for Political, Legal, and Human Rights office in Central Jakarta on Wednesday.

He denied, however, several claims that have gone viral on social media regarding the police's actions during the rioting.

"Third, as I said yesterday, the Indonesian Military commander and the National Police chief have ordered that security forces not be armed with or firearms or live rounds in securing the demonstrations. So, if someone used live rounds it was not the security forces."