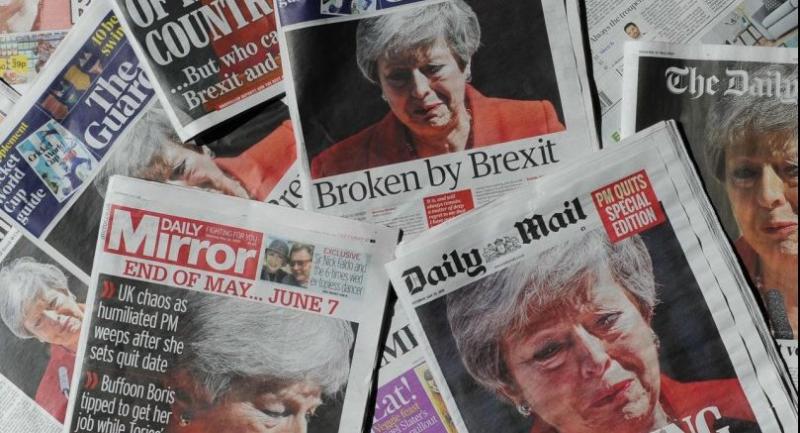 London - The race to replace Theresa May as British prime minister in a contest due to end in July has 11 declared contenders so far.

Here is a look at the hopefuls in the Conservative Party leadership battle and their stances on Brexit, with Britain currently due to leave the EU on October 31:

The 51-year-old Brexit supporter and former television presenter, McVey resigned as work and pensions secretary last year over Brexit compromises. A blue-collar Conservative, she wants a clean break with Brussels.

- Open to no-deal in October -

A former mayor of London, Johnson says he would get Britain out of the European Union, "deal or no deal".

A key figure in the 2016 Brexit campaign, he served as foreign minister afterwards but resigned after falling out with May over the government's Brexit strategy.

Charismatic and popular with grassroots Conservatives, the 54-year-old has maintained his public profile by writing a weekly column in The Daily Telegraph newspaper.

An ardent eurosceptic with a black belt in karate, the 45-year-old former Brexit minister resigned in protest at the Brexit deal struck with the EU by May.

He says Britain should be ready to walk away from the EU without an agreement while still trying to negotiate a better deal than the one May signed.

Leadsom stole a march on her rivals by quitting her position as leader of the House of Commons last week, hastening the prime minister's demise and staking out her pro-Brexit credentials.

The 56-year-old got down to the final two in the 2016 leadership race, but pulled out before the decision was handed over to party members, with whom she was popular, after coming under fire for saying that being a mother would give her an advantage as prime minister over the childless May.

The Conservative Party's former deputy chairman, 49, is an army lieutenant colonel who entered parliament in 2015. A junior figure in the Brexit ministry, he says it would be best to leave with a deal, urging the EU to be flexible, but is prepared to lead Britain out without a deal if necessary.

The foreign secretary supported remaining in the European Union in the 2016 referendum but has switched since then.

A former businessman who speaks fluent Japanese, he is a resilient politician, having headed up the National Health Service for six years during a funding crisis.

The 52-year-old has said he will push hard for a new deal with Brussels without taking the possibility of a no-deal outcome off the table.

The 40-year-old health secretary is one the party's rising stars, a moderate who is widely seen as competent at his job and skillful at handling the media.

He is one of several ministers who opposed Brexit during the 2016 referendum before switching sides and defending the withdrawal agreement May struck with the EU.

He entered government in 2013 and has moved up the ladder quickly.

The international development secretary, 46, is a former Foreign Office official who served in the coalition administration in Iraq following the US-led invasion in 2003. Says no-deal policy would be "damaging".

Brexit campaigner Gove initially supported Johnson's leadership bid in 2016. His last-minute decision to enter the race himself caused both men to lose out to May.

After a year in the political wilderness, he was appointed environment minister in 2017.

The cerebral 51-year-old is among the most ardent eurosceptics left in May's government but is seen as a possible unifying figure between the two wings of the party.

A former investment banker and the son of a Pakistani immigrant bus driver, Javid, 49, wants to be the face of a modern, multicultural and meritocratic Britain.

On the economically liberal wing of the Conservative Party, Javid voted for Britain to stay in the EU in 2016 but has since become an advocate of Brexit.

A former deputy London mayor to Johnson, the 52-year-old is running as a Brexit unity candidate, having headed up the so-called Malthouse Compromise strategy designed to keep the party together and get a deal over the line.