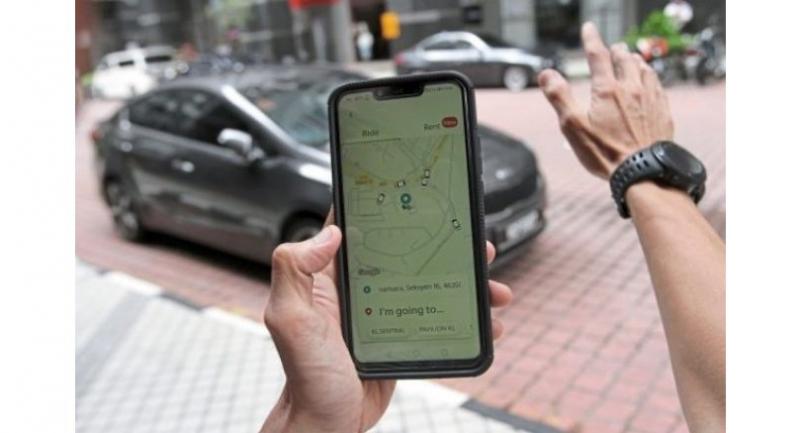 Compulsory step: In an announcement via its app, Grab informed users that all passengers would be required to submit a selfie by July 12.

By The Star
Asia News network

PETALING JAYA: E-hailing giant Grab will be making it mandatory for passengers to submit a selfie to use its services by July 12, in an effort to make its platform safer for both drivers and riders.

Selfie verification, part of its facial recognition technology, was instrumental in helping police investigate the murder of one of its riders in May.

In an announcement via its app, Grab informed users that all passengers would be required to submit a selfie by July 12.

It said the selfie is a mandatory one-time identity verification and will be used to verify a passenger’s identity for future rides.

“We have introduced passenger verification via selfie as part of our efforts to build a safer platform for you and our driver-partners.

“The selfie is for identity verification, safety and may be used to assist the authorities when required,” Grab said on its website.

To avoid fake identities, Grab may ask passengers to submit another selfie to verify their identity when needed.

Grab also assured passengers that their identity and personal information are secure and will not be shared with its drivers and merchants.

The selfie feature is part of Grab’s facial recognition technology that was first announced together with Transport Minister Anthony Loke in April.

According to Grab, this technology has already helped the authorities arrest two suspects in the recent robbery and murder of Grab driver Mohd Hanafiee Jaafar in Tuaran, Sabah.

Grab said during the investigation, it provided information to the police, including a photo of the suspect, and the necessary information from its passenger selfie verification feature built into its app.

However, the selfie verification cannot serve as an alternative to the Transport Ministry’s e-hailing regulations requiring passengers to submit a photo of their identity card or passport when registering for an account with any e-hailing platform.

The need to register not only drivers but also passengers is part of the Transport Ministry’s regulation that will be enforced in July.

According to the Land Public Transport Agency’s (APAD) E-hailing Service Guidelines, Section 5.2 states that both drivers and passengers must provide their full name, a copy of their identify card or passport, and their phone number.

“The collection of IC information is for the security and safety of passengers and drivers. We have cases where drivers were murdered, cases where passengers were raped.

“We also have cases where drivers were raped. So we need such data to protect both parties,” he said.

On privacy concerns, Azlan Shah said companies have to comply with the Personal Data Protection Act.

He estimates that there are around 275,000 e-hailing users in Malaysia.

Other e-hailing companies said they have already been using selfies and photos of ICs for verification before the regulation was announced.

Women-only e-hailing app Carriage for Her said it has been using ICs in its verification process since it launched in September 2018 to avoid the likelihood of male impersonators.

Its chief executive officer Nick Smith said the company does not collect selfies as these are not sufficient to verify a person’s gender.

“Riders and drivers can upload their selfies in the app for both sides to identify each other during pickup, but all account registrations are verified by their IC or passport,” he added.

E-hailing company Mula said it has been collecting selfies and IC copies to verify female passengers using its women-only Mula Pink feature, but will soon make this verification process mandatory for all passengers.