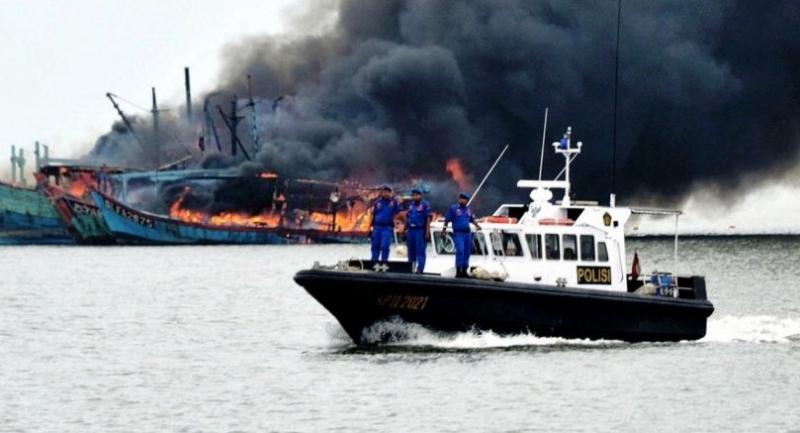 “In one month, maybe 30 [ships] will be [sunk],” Susi said as quoted bytempo.co on Thursday.

Susi said the ships were now located in Pontianak in West Kalimantan, Natuna and Tarempa in Riau Islands and Bitung in North Sulawesi. A court has deemed the 30 ships as illegal.

During her four years in office, Susi sunk more than 500 ships. The office claimed this policy had succeeded in deterring 10,000 ships from illegally entering Indonesian waters.

“This is a common practice. In Australia, if our fishermen’s boats trespass their waters, the boats would be burned right away,” Susi said.

Mas Achmad Santosa, the ministry’s head of illegal fishing prevention task force Satgas 115, said most of the ships were from Vietnam and China. He urged the Foreign Ministry to conduct bilateral negotiations with the two countries.

“Diplomatic meetings have taken place, but [the policy] is not settled and we have yet to formulate a protocol,” he said.