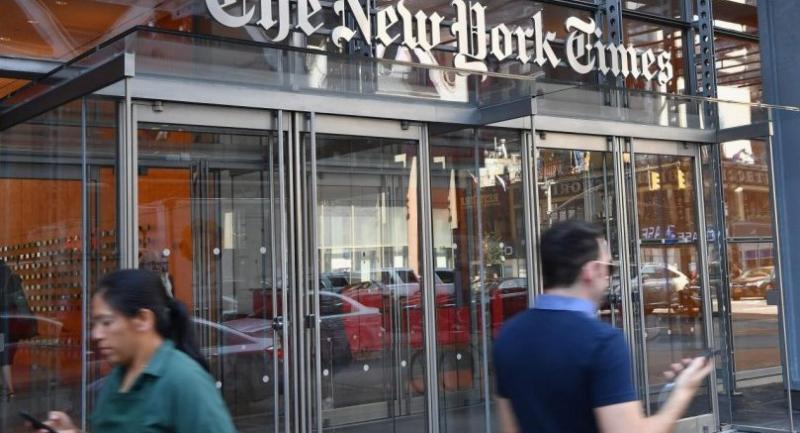 Washington - The publisher of the New York Times hit back Thursday at accusations of treason by Donald Trump, saying it "crosses a dangerous line in the president's campaign against a free and independent press."

Writing in the Wall Street Journal and not his own newspaper, Arthur Sulzberger warned there was "no more serious charge a commander in chief can make against an independent news organization".

"He's gone from misrepresenting our business, to assaulting our integrity, to demonizing our journalists," the publisher wrote. "Now the president has escalated his attacks even further, accusing the Times of a crime so grave it is punishable by death."

Sulzberger's commentary was in response to comments by Trump on Twitter last Saturday where he said the Times had committed "a virtual act of treason" after it reported that the US is stepping up digital incursions into Russia's electric power grid.

The action is intended partly as a warning, but also to leave the US poised to conduct cyberstrikes in the event of a major conflict between the US and Russia, the newspaper report said.

"Do you believe that the Failing New York Times just did a story stating that the United States is substantially increasing Cyber Attacks on Russia. This is a virtual act of Treason by a once great paper so desperate for a story, any story, even if bad for our Country....." Trump tweeted, adding that "Anything goes with our Corrupt News Media today."

Sulzberger said his newspaper had contacted the White House prior to publishing and been assured by Trump's aides that the article raised no national security concerns.

The "treason" comments marked the latest in a series of attacks by the US president on media outlets -- particularly those that have run investigative reports into Trump and his administration -- which Sulzberger says have created a climate where trust in the media is declining and violence against journalists is on the increase.

He also warned of an "aggressive legal campaign against journalists" being waged by the White House.

Arthur Gregg Sulzberger, or A.G. as he is known, took the helm of America's most prestigious newspaper last year, and has since made a series of rebukes to Trump in defence of free press.

In 2018 the Times shared, with The Washington Post, a Pulitzer Prize for their coverage of Russian interference in the 2016 presidential election and its alleged connections to the Trump campaign.

"Mr. Trump's campaign against journalists should concern every patriotic American," Sulzberger wrote Thursday. "A free, fair and independent press is essential to our country's strength and vitality and to every freedom that makes it great."