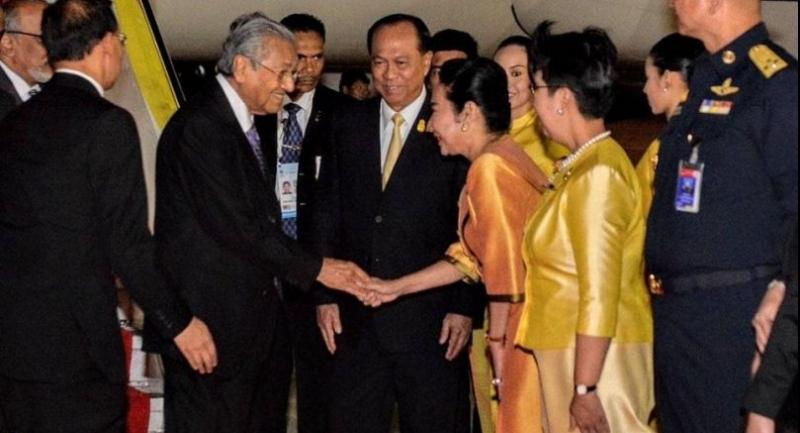 His direct condemnation of Suu Kyi was a departure from the usually staid meetings of the 10-country regional bloc, whose members normally avoid confrontation.

But the crisis has spun out across the region, with desperate Rohingya taking to boats bound for Thailand, Malaysia and Indonesia.

In recent weeks scores of Rohingya have boarded vessels for Malaysia -- a Muslim-majority country believed to be more sympathetic to their plight -- raising fears of a renewed trafficking route.

Mahathir on Friday, the eve of the ASEAN summit, vowed to continue helping the Rohingya attempting to reach his shores.

"They are refugees. As much as we can do for them, we will," the 93-year-old premier told reporters on the sidelines of a business forum in Bangkok.

"We hope something can be done to stop the oppression of the Rohingya," he said when asked by AFP.

A deal for the Rohingya to return to Myanmar has largely stalled as virtually no Rohingya have chosen to return due to security fears.

Still an ASEAN-commissioned report leaked earlier this month to AFP predicted repatriation efforts would be complete in two years.

"If we can do it in two years, we will," he said, though he was "not so sure" about whether conditions on the ground remain favourable for group's repatriation.

More than 740,000 Rohingya have fled Myanmar since August 2017, flooding into neighbouring Bangladesh with accounts of rape, mass killings and the razing of villages.

Myanmar refuses to grant them citizenship or basic rights, and refers to them as "Bengali", inferring that the Rohingya are illegal immigrants from Bangladesh.

UN investigators have called for Myanmar's top generals to be tried for genocide, but Suu Kyi has defended the military's crackdown as necessary to flush out militants in Rakhine state.