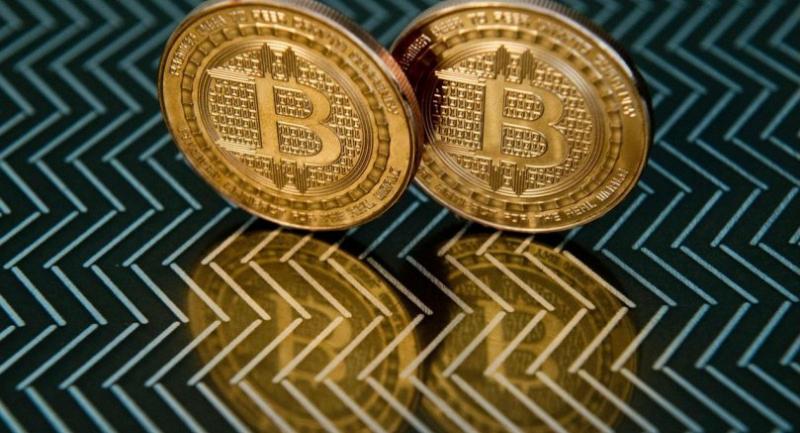 In this file photo taken on June 17, 2014 in Washington, DC shows bitcoin medals.//AFP

London - Bitcoin surged to a near 16-month high above $11,000 Monday, overshadowing stock, foreign exchange and commodity markets and breathing new life into a sector that many had declared moribund.

Bitcoin reached $11,280 at one point after powering through $10,000 for the first time since March last year, propelled by a huge boost from Facebook's unveiling of its own digital unit Libra, analysts said.

"The strong resurgence in the bitcoin price is mainly due to the renewed mainstreaming interest in cryptocurrencies and the technology which underlines them," Naeem Aslam, analyst at trading group ThinkMarkets, said. "Projects like Facebook's Libra have provided much needed tailwind for this space."

The social network plans to launch Libra next year, and plans to back it with a basket of real-world currencies and a consortium of companies including Visa, MasterCard, PayPal and Uber.

Calling bitcoin's rise a "blast from the past", OANDA analyst Craig Erlam said the Facebook cryptocurrency launch seemed to be "legitimising the industry" which had come under scrutiny after the coin fell 80 percent from its peaks.

"Bitcoin is very much back in the headlines, as the cryptocurrency surged through $10,000 for the first time in more than a year and reminded us all of the good old days of late-2017," Erlam said.

Bitcoin has risen about 20 percent this month alone but is still well off record levels near $20,000 seen at the end of 2017.

But the rally was almost entirely focused on bitcoin with other crypto coins "struggling today", he said.

One factor for bitcoin's success Monday, McFarlane suggested, could be its role as a conduit to effect capital flight by some Chinese investors prompted by the China-US trade war.

"That might sound fanciful in the extreme but on past form it is a possibility - and so is a crash from wherever any potential new all-time high might form," McFarlane said.

Stock markets were under modest pressure ahead of a crunch meeting between US President Donald Trump and Chinese counterpart Xi Jinping at the weekend summit of 20 major economies.

Markets are waiting to see if Trump and Xi can find a way to get past their trade war when they meet on the sidelines of the event in Japan.

"No one thinks the US and China will do a deal in Osaka, but there is some hope that we will have a positive development that marks a shift in the rhetoric and a re-energising of talks following the breakdown in the recent discussions," said Neil Wilson, chief market analyst at Markets.com.

The dollar meanwhile dropped Monday, continuing to face pressure from expectations that the Federal Reserve could lower US interest rates as soon as July as the economy shows signs of softening amid the trade war with China.

"The dovish tilt in the US central bank's outlook was expected but what sent the Dollar tumbling was the fact that most of the US policymakers indicated that one rate decrease would probably not be enough, suggesting the need for continued easing as the economy slows down, said Konstantinos Anthis, head of research at ADSS.