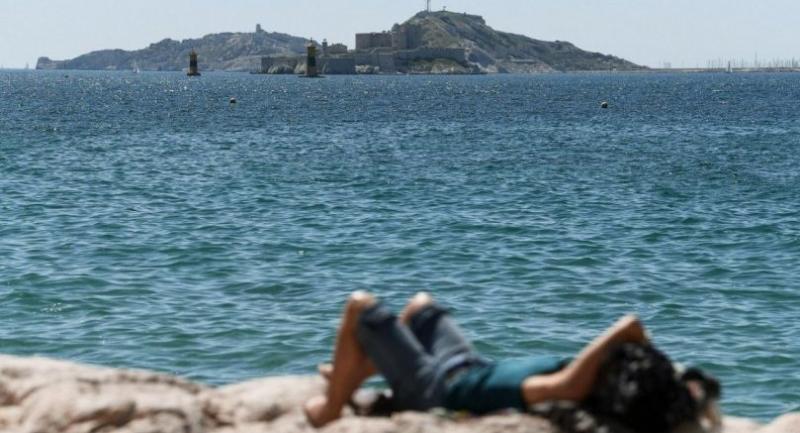 In this file photo taken on April 23, 2017 people sunbathe on the beach of the Catalans, in Marseille, southern France. //AFP

Seven of the city's 21 beaches have raised a purple flag -- which means no bathing -- since the start of the month, on days when hygiene inspections revealed high levels of faecal matter.

Marseille is a tourist hotspot, attracting five million visitors per year thanks to its Mediterranean coastline and sun-kissed climate.

But the city, France's largest port, struggles with pollution from industry and shipping.

"It's mostly caused by sanitation problems, but there are also increasing numbers of boats spewing out their grey and black waste before they enter the port," said Sarah Hatimi, head of the water quality programme at Surfrider Foundation Europe environmental group.

Read also: Thai bay made famous in 'The Beach' to be shut until 2021

Swimming bans are nothing new in Marseille. Last year, authorities enforced 153 bans amid fears of a pollution spike after heavy rainfall.

"This year, we can't say it's because of the rain," Monique Daubet, local councillor responsible for public health, said, adding that spillages from swimming pools and "lots of animal faeces" are part of the problem.

But the city is "proactive", she said, going "even further" than weekly water inspections imposed by a European law to "pay for our own analysis to protect swimmers".

Every morning, inspectors take water samples from each of the city's beaches to test for E. coli and enterococci bacteria, which indicate human or animal defecation.

Despite efforts, Marseille authorities aren't hopeful they can secure a "blue flag" stamp of approval for beach hygiene.

"Our water quality doesn't meet the criteria, which includes, for example, keeping bins at least 100 metres away from the beach".

"Nobody is forcing us to do this," she said. "Rather than complaining, people should be grateful we're closing the beaches!"