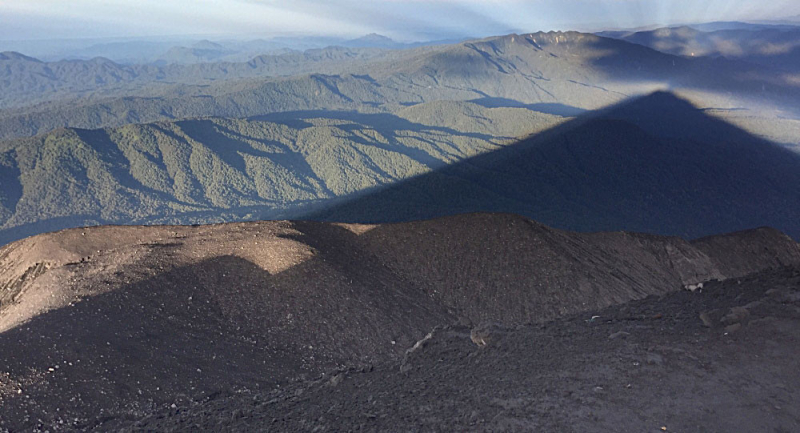 View from the top: A view of the landscape as seen from the summit of Mount Kerinci in Indonesia. (Courtesy of Summits.com/-)

The Jambi Natural Resources Conservation Agency (BKSDA) and Flora and Fauna International (FFI) are set to release 100 white-rumped shamas into the wild amid rampant illegal hunting in Jambi province.

Locally known as murai batu or kurcica hutan, the songbirds will be released at Kerinci Seblat National Park (TNKS) in September.

Agency head Rahmad Saleh acknowledged that the release of the birds was a response to the decline of the species in the wild due to widespread hunting.

Even though the population of the singing bird is reported to be threatened, the white-rumped shama is not listed as a protected bird in Indonesia.

“We have so many singing birds right now. However, the population will continue to decline,” Rahmad said.

The birds, to be released in September, come from breeding facilities in Bogor, West Java. Each breeding facility in the country is obliged to release 10 percent of the animals it breeds into the wild.