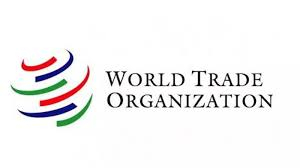 US President Donald Trump has taken aim at rich countries, including China and Singapore, that he said are unfairly taking advantage of their self-declared status as "developing countries" to gain preferential treatment in the World Trade Organisation (WTO).

In response, Singapore's Ministry of Trade and Industry (MTI) said yesterday that it does not take advantage of the flexibility in negotiating agreements that developing countries in the WTO are allowed.

The United States President in a memo addressed to US Trade Representative Robert Lighthizer called on the WTO to change how rich countries can enjoy certain benefits by declaring themselves as developing countries.

"Seven out of the 10 wealthiest economies in the world as measured by gross domestic product per capita on a purchasing power parity basis - Brunei, Hong Kong, Kuwait, Macau, Qatar, Singapore and the United Arab Emirates - currently claim developing-country status," it said.

"Mexico, South Korea and Turkey - members of both the Group of 20 and the Organisation for Economic Cooperation and Development - also claim this status."

Mr Trump also wrote on Twitter: "The WTO is BROKEN when the world's RICHEST countries claim to be developing countries to avoid WTO rules and get special treatment. NO more!!!"

In the memo, Mr Trump directed Mr Lighthizer to stop treating such countries as developing countries for the purposes of the WTO, if he deemed that they had not made substantial progress towards reform within 90 days.

The memo took aim primarily at China for gaming the system by benefiting from unfair trade benefits while having weaker commitments compared with other WTO members. But it also highlighted 10 other rich economies whose developing-country designations it said were "patently unsupportable in the light of current economic circumstances".

"When the wealthiest economies claim developing-country status, they harm not only other developed economies but also economies that truly require special and differential treatment," said the memo.

"Such disregard for adherence to WTO rules, including the likely disregard of any future rules, cannot continue to go unchecked," it added.

In response to queries from The Sunday Times, MTI said that Singapore fully supports the importance of updating WTO rules to ensure the organisation's continued relevance.

The World Trade Organisation (WTO) does not define what constitutes a developed or developing country and members can declare themselves as either, a check with the WTO website showed.

But other members can challenge a country's decision to make use of benefits available to developing countries.

Developing countries are entitled to "special and differential treatment", ranging from setting higher barriers to market entry than more developed economies and being able to subsidise exports of agricultural products.

They can also take longer time periods to implement agreements and fulfil their WTO commitments.

"We are key partners in discussions on strengthening and updating the WTO," it said, citing as an example Singapore's role as co-convener in the WTO Joint Statement Initiative on E-Commerce, which focuses on developing new rules for the digital economy.

"We are in contact with our WTO partners, including the US," added MTI.

It also cited how Singapore committed to implement the WTO Trade Facilitation Agreement upon its entry into force instead of seeking a transition period that it was entitled to, as an example of how the Republic was not taking advantage of its developing country status.

Washington's move to push the WTO to reclassify Singapore as a developed country is unlikely to have a significant impact on Singapore's trading relations, said Dartmouth College Associate Professor Davin Chor, who specialises in international trade and political economy.

"Singapore is already committed to a very free and open trading system, with minimal tariffs levied on imported goods. In particular, Singapore does not make extensive use of some of the provisions and exceptions that developing countries can appeal to with respect to the WTO," he told The Sunday Times.

Singapore's exports to its major export markets are largely covered under free trade agreements, which a change in development status label is unlikely to affect, he added.

"The memo itself appears to be part of the wider strategy by the current US administration to put more pressure on China on the trade front, " said Dr Chor.