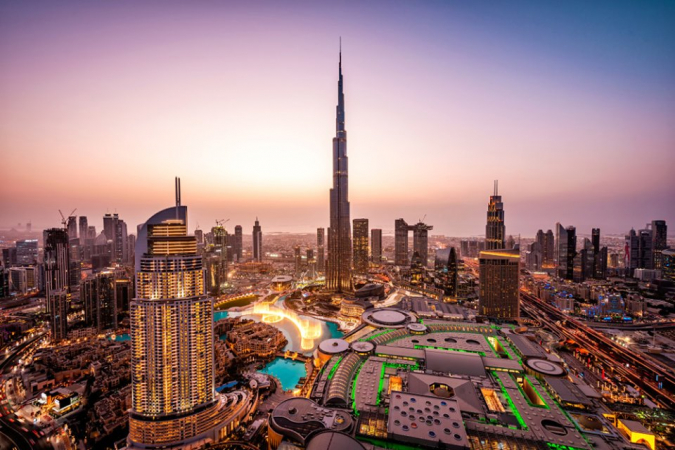 The Burj Khalifa in Dubai, United Arab Emirates, is the world's tallest building. Indonesia is hoping to attract 2.5 million people to its exhibition at the Dubai Expo 2020 next year. (Photo: Shutterstock /Mo Azizi)

Indonesia will use a night market concept for its exhibition at the Dubai Expo 2020 in the United Arab Emirates (UAE) in October next year, allowing visitors not only to see Indonesia’s products and commodities but also experience its culture.

“We will use the night market concept. Our stand will not only display products but also feature Indonesian cuisine and films,” she said in Jakarta on Thursday. “We believe this will attract many visitors”.

The Dubai Expo 2020 is a prestigious exhibition that is expected to draw millions, Arlinda said, adding that the expo is scheduled to take place between October 2020 and April 2021

The ministry is hoping that as many as 2.5 million people will visit Indonesia’s exhibition during the expo.

“We are preparing the exhibition so that it will be interesting to visit, [because] 190 countries will participate and 25 million people are expected to attend,” said Arlinda.

The Trade Ministry will cooperate with PT Wijaya Karya, a state-owned construction company, to build the exhibition space, which will occupy a 1,680-square metre area within the expo complex. PT Samudra Dyan Praga, a subsidiary of publicly listed event organiser PT Dyandra Media International, has been hired by the government to design the exhibition space.

Arlinda said it would cost about Rp 400 billion [Bt8.7 million) to build the exhibition space, adding that the government was hoping private companies would contribute to the event.

Arlinda said that several companies including PT Astra International and PT Gajah Tunggal had agreed to provide funds for the exhibition, adding that the event was a huge opportunity for businesses. She also invited other companies to take part, pointing out that the event was a rare opportunity for Indonesian companies to promote their products to foreign buyers especially in the Middle East.